Archive for the ‘tdaxp’ Category

Two review copies sent to me the other day both of which I will review over at Chicago Boyz sometime this summer.

But first, I owe a review to my esteemed collegeague Dan of tdaxp: 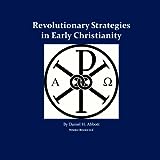 On Creativity and Blogging. You don’t need to have a blog to take the survey so be a good egg and help him out.

ANALYSIS IS A TWO-EDGED SWORD

The other day, Dan of tdaxp objected to my appreciation of logic as an analytical tool in the comment section:

“Humans are pretty terrible logical reasoners, so relying on logic doesn’t do much. Expertise comes from analogical reasoning, which allows faster processing, more reliable rejection of bad options, and effortless cognition in general.”

I agree with much of Dan’s statement. Most people are highly illogical and emotional in their decision-making process and not a few, though still a minority of the population, remain concrete thinkers their whole lives. We could not get anything done without cognitive automaticity kicking in to gear; having to consciously, sequentially, reason out the steps of every action would leave us exhausted before breakfast. My only quibble with Dan would be to replace “expertise” with “insight” or “creativity” as many variables, including the effects of chance, go into accumulating an experential base of knowledge. That is a minor divergence, for like Dan, I am an advocate of the benefits of synthesis, analogies, metaphors, horizontal thinking, metacognitive reflection and intuitive cognition – those forms of thinking that are generative of new insights.

I have also seen many complaints recently in the blogosphere about the negative effects of analytical thinking, if overused or abused, in these cases by lawyers, the profession most noted for elevating analytical reasoning above the factual variables to which the reasoning is to be applied. Here’s one:

“Worse yet, we detect a discernable strain of legal thinking which now seeks to impose restrictions not only on the collection of information, but on its use. The idea that a warrant might be required to search against previously accumulated foreign intelligence materials sounds absurd, but recent legal opinions appear to have laid the groundwork for such an argument in future cases. This would also be very nearly absolutely fatal in the context of fusion and collaboration for homeland security intelligence purposes (particularly if critical elements of the intelligence picture are obtained from foreign intelligence activities of DOD and other agencies, as if often the case.)

We have long maintained that the mindsets of the lawyer and the intelligence professional are diametrically opposed. The first seeks to present a structured picture through adversarial argumentation, and by training attacks to exclude evidence from the picture to support a particular viewpoint. The latter struggles to understand puzzles and mysteries, and to assemble a coherent narrative in the face of incomplete, conflicting, and deceptive information in order to support the decision-maker’s choices regarding courses of action. Allowing the lawyers to dictate further the key aspects of the world of intelligence – and allowing intelligence activities to be framed into an “investigative” basis rather than continuing inquiry into matters of standing interest – will be the death of the profession.”

Analytical thinking is a tool for reductionism. It helps you take the watch apart and explains how the gears fit together. It can identify broken parts and quantify performance. Analytical thinking works well in this instance because a mechanical watch represents a closed system with limited boundries. What analytical thinking can’t do, being an interruptive, destructive, activity is conceptualize an alternative way to tell time or arrive at Einstein’s insights about Relativity. For that you require a constructive, generative, pattern of thinking.

Used incorrectly, and analytical thinking often is because more people can analyze than synthesize well, it can destroy group dynamics and productivity through ” paralysis by analysis”. The downsides of all options become the most significant variables and opportunities are lost. Used correctly, to fine-tune, trouble-shoot, tweak and better adapt, analytical thinking can prevent disasters.

BOOKS ARE SIGNPOSTS ON THE ROAD OF LIFE

First, I’d like to thank Dr. Barnett and Dan of tdaxp for the kind remarks and links the past few days. Both men have often provoked me to new thoughts or reconsidered views and it is nice to know that I can return the favor on occasion.

Tom had a post Sunday entitled ” Why the grand strategist/visionary needs the discipline of books” that echoed something I’ve long believed. Something Lexington Green, in his enviably book-lined home, probably would agree with,

a) First, there’s really no substitute for a good “hard” book.

b) Fiction becomes a guilty pleasure.

Perhaps, the physicists and mathematicians among us ( Von, Shane, Wiggins) will put a word in for the elegance of the mathematical equation, but for me, the supremacy of the book reigns without a rival. As I reflect on the evolution of my thinking as a teen and an adult, inevitably there are many books and a handful of people who leap to mind. Many, many, books and very, very, few people.

As much as I love history, the best reading I have done, in terms of determined, sustained, thought, involved philosophy and economics – Aristotle, Plato, Marx, Adam Smith, John Stuart Mill, Keynes, Galbraith, Von Mises, Von Hayek, Nietzsche, Marcus Aurelius, Ayn Rand, Milton Friedman, Machiaveli, Kuhn -because it trained my mind to accept the discipline of formal logic. Logic is invaluable for a rational mind but wisdom is discerning logic’s limitations of functioning within paradigms and that the paradigms themselves are tools for the mind to understand a part of reality; and not one of these paradigms is sufficient to encompass the whole. You have to synthesize, learn, adapt – there is no point at which you ” rest” or become complacent with your expertise.

The joy is in the journey and not in the destination.

In an admission of cheap bastardy, Dan of tdaxp ponders his nightlife and transportation options in our nation’s capitol on $ 5 a day.