Archive for the ‘Human Rights’ Category

Review: The Rule of the Clan

Rule of the Clan by Mark Weiner

I often review good books. Sometimes I review great ones. The Rule of the Clan: What an Ancient Form of Social Organization Reveals about the Future of Individual Freedom  by Mark S. Weiner gets the highest compliment of all: it is an academic book that is clearly and engagingly written so as to be broadly useful.

Weiner is Professor of Law and Sidney I. Reitman Scholar at Rutgers University whose research interests gravitate to societal evolution of constitutional orders and legal anthropology. Weiner has put his talents to use in examining the constitutional nature of a global phenomena that has plagued IR scholars, COIN theorists, diplomats, counterterrorism experts, unconventional warfare officers, strategists, politicians and judges. The problem they wrestle with goes by many names that capture some aspect of its nature – black globalization, failed states, rogue states, 4GW, hybrid war, non-state actors, criminal insurgency, terrorism and many other terms. What Weiner does in The Rule of the Clan is lay out a historical hypothesis of tension between the models of Societies of Contract – that is Western, liberal democratic, states based upon the rule of law – and the ancient Societies of Status based upon kinship networks from which the modern world emerged and now in places has begun to regress.

Weiner deftly weaves the practical problems of intervention in Libya or counterterrorism against al Qaida with political philosophy, intellectual and legal history, anthropology, sociology and economics. In smooth prose, Weiner illustrates the commonalities and endurance of the values of clan and kinship network lineage systems in societies as diverse as Iceland, Saudi Arabia, Kenya, India and the Scottish highlands, even as the modern state arose around them. The problem of personal security and the dynamic of the feud/vendetta as a social regulator of conduct is examined along with the political difficulties of shifting from systems of socially sanctioned collective vengeance to individual rights based justice systems. Weiner implores liberals (broadly, Westerners) not to underestimate (and ultimately undermine) the degree of delicacy and strategic patience required for non-western states transitioning between Societies of Status to Societies of Contract. The relationship between the state and individualism is complicated because it is inherently paradoxical, argues Weiner: only a state with strong, if limited, powers creates the security and legal structure for individualism and contract to flourish free of the threat of organized private violence and the tyranny of collectivistic identities.

Weiner’s argument is elegant, well supported and concise (258 pages inc. endnotes and index) and he bends over backwards in The Rule of the Clan to stress the universal nature of clannism in the evolution of human societies, however distant that memory may be for a Frenchman, American or Norwegian. If the mores of clan life are still very real and present for a Palestinian supporter (or enemy) of HAMAS in Gaza, they were once equally real to Saxons, Scots and Franks. This posture can also take the rough edges off the crueler aspects of, say, life for a widow and her children in a Pushtun village by glossing over the negative cultural behaviors that Westerners find antagonizing and so difficult to ignore on humanitarian grounds. This is not to argue that Weiner is wrong, I think he is largely correct, but this approach minimizes the friction involved in the domestic politics of foreign policy-making in Western societies which contain elite constituencies for the spread of liberal values by the force of arms.

Of human and inhumane circles

It is well known that the Platonic “ideal” circle is not to be found in the “real” world of people and things, since it would be composed of an infinte number of non-dimensional points. Human and inhumane circles, however, are another matter.

The upper circle shows spectators who gathered around the mangled body of an alleged homosexual, thrown from the roof of a seven-storey building by members of the Islamic State, and stoned the still breathing victim to death.

The lower circle is intended as a counter-weight to the atrocity shown above it. It is the Zen master Hakuin’s enso or zen brush-and-ink circle, perfect in its imperfection, its human spontaneity, and certainly not in the Platonic “ideal” sense.

The Topological Musings blog quotes Plato from The Republic, deftly avoiding any mention of circles…

And do you not also know that they (mathematicians) further make use of the visible forms and talk about them, though they are not thinking of them but of those things of which they are a likeness, pursuing their inquiry for the sake of the square as such and the diagonal as such, and not for the sake of the image of it which they draw?… The very things which they mold and draw, … they treat in their turn as only images, but what they really seek is to get sight of those realities which can be seen only by the mind.

Three circles: the utterly inhumane, the perfectly imperfect, and the impossible.

For a “transgressive” study of the issue of homosexuality and the seventh circle of Dante’s Inferno, see John Boswell‘s Dante and the Sodomites, in Dante Studies, No. 112 (1994), pp. 63-76. What exactly “transgressive” means, I have yet to understand. I do however, personally, abhor people throwing other people off high buildings and / or stoning them to death.

Posted in Charles Cameron, Doublequotes, Human Rights, IS, ISIS, mathematics, Uncategorized | Comments Off on Of human and inhumane circles

I think it requires a much deeper sort of analysis than what we often see coming through to us via the media outlets.

He went on to explain what he meant — emphasizing not military force but an Islamic theological response to the Daesh doctrinal claims:

We listened very carefully in Geneva to the remarks made by Walid Muallem, the foreign minister of the Syrian government, and he was dismissive of the efficacy of the airstrikes. Now this is something that I think has to be studied because we have learned from other sources that this may well be the case – or at least, if they were not supplemented by a concerted discussion within the Islamic world to confront, line by line, the thinking of the takfiri groups, that the results may not be what we hope they will be, and fall short of where we want them to be.

The letter that I have alluded to [..] was issued by a hundred and twenty-six Muslim scholars back in September as a response to the July Jumaa sermon issued by Abu Bakr al-Baghdadi. And what I found really quite unfortunate is that this letter which was remarkable, in the sense that it was scholarly, it was backed by Muslim scholars from all over the world, it dealt by each of the points raised in the sermon, rebuttal followed by another rebuttal to each of Abu Bakr al-Baghdadi’s points, that this received far less in the way of media attention than the decisions to launch airstrikes and take very active military operations. Because I felt at the time and still do that this letter needs to be supported and alluded to and spoken about and referred to by politicians in the Islamic world and beyond — not least because if it isn’t shown that the Islamic world is responding, at least from a scholarly angle, then we will continue to see the phenomena we see in Europe and we saw in germany yesterday, of demonstrations basically targeting Islam as a religion, as opposed to the takfiri ideology where the denunciations should be properly be directed.

Here, then, so that we can better grasp these issues as they can be understood within Islam, is the Letter al-Hussein spoke of:

The Letter can also be downloaded as a .pdf. Among the highlights of the Executive Summary:

For those of you who watch the video of the WINEP discussion, I should warn you that the close captioning is inexcusably poor. I’m betting, eg, that Zeid bin Ra’ad al-Hussein did not say “jihadi nostra” (cute though that might be) when the context clearly suggests “Jabhat al-Nusra”.

Adding to the Bookpile 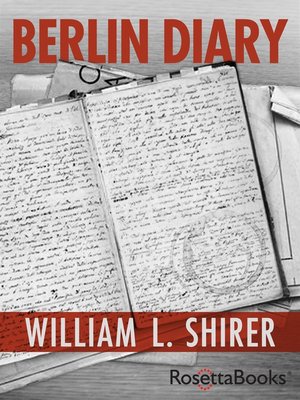 Picked up a few more books for the antilibrary.

Dower is best known for his prizewinning Embracing Defeat: Japan in the Wake of World War II

, which unfortunately, I have never read.  Berlin Diaries I have previously skimmed through for research purposes but I did not own a copy. Shirer’s The Rise and Fall of the Third Reich: A History of Nazi Germany

was an immensely bestselling book which nearly everyone interested in WWII reads at some point in time. I would put in a good word for Shirer’s lesser known The Collapse of the Third Republic: An Inquiry into the Fall of France in 1940

. It was a very readable introduction to the deep political schisms of France during the interwar and Vichy years which ( as I am not focused on French history) later made reading Ian Ousby’s Occupation: The Ordeal of France 1940-1944

I am a fan of the vigorous prose of British historian Michael Burleigh, having previously reviewed  Blood and Rage: A Cultural History of Terrorism

here and can give a strong recommendation for his The Third Reich: A New History

.  Burleigh here is tackling moral choices in war and also conflict at what Colonel John Boyd termed “the moral level of war” in a scenario containing the greatest moral extremes in human history, the Second World War.

The more I try to read, the further behind I fall!