Archive for the ‘Nimble Books’ Category

Fallen Walls and Fallen Towers: The Fate of the Nation in a Global World

I “met” Dr. Adrienne Redd some years ago through the kind offices of Critt Jarvis, which resulted in a wide-ranging and intermittent email discussion, sometimes joined by John Robb and others, of “virtual states”, “virtual nations”, “micropowers” and evolving concepts of sovereignty and statehood in international relations. It was an intellectually stimulating conversation.

Today, Dr. Redd is Nimble Books’ newest author, and she has just sent me a review copy of Fallen Walls and Fallen Towers, the culmination of approximately seven years of research and writing.  Redd investigates nothing less than the “fate of the state” and I am looking forward to reading her argument in detail.

To be reviewed here soon….

Kindle Launch: The Handbook of 5GW

Nimble Books has published the first authoritative book on the competing interpretations of the military and political theory referred to as “Fifth Generation Warfare“, edited by my friend and colleague Dr. Daniel Abbott. The many contributing authors include academics, journalists such as David Axe, and many blogfriends associated with the former theory site, Dreaming5GW.

My chapter was entitled “5GW: Into the Heart of Darkness“. It is oriented more toward historical case studies than theory and is not in any way, shape or form, a “feel-good” piece. Here is a snippet:

“….This brings us to the probability that for the aforementioned states, their actual options for their ruling elites for adapting to the threat of 4GW will be between accepting varying degrees of failure-from conceding a temporary autonomous zone (TAZ) to rebels, to being overthrown, to imploding into anarchy as insurgents encroach-or “taking the gloves off” and using the indiscriminate, unrestricted violence of genocide to annihilate real and potential enemies before the international community can mobilize to prevent it. History suggests they might well succeed.”

The views within The Handbook of 5GW vary widely, as does the disciplinary approach of the authors, intending to stimulate thought, explore possible scenarios that range from the pragmatic and real to the imaginative and ideal.

At the strong recommendation of Colonel Gian Gentile, I ordered The Insurgent Archipelago: From Mao to Bin Laden by Dr. John Mackinlay of King’s College, London and a hardcover copy just arrived this afternoon. Judging from the table of contents and the sources in Mackinlay’s endnotes, The Insurgent Archipelago will present a tightly written argument on the nature of COIN. For a well regarded  and informative review, see David Betz of Kings of War blog, brief excerpt below:

….The book is sweeping, as the subtitle ‘From Mao to Bin Laden’ suggests; yet it is also admirably succinct at 292 pages including notes and index.[2] In design it is exceedingly clear, consisting of three parts-‘Maoism’, ‘Post-Maoism’, and ‘Responding to Post-Maoism’, which reflect the basic components of his argument. Insurgency’s classical form is

the brainchild of the carnivorously ambitious strategic and political genius Mao Zedong who gave meaning to the now familiar bumper sticker that insurgency is ’80 per cent political and 20 per cent military’. Mao’s innovation was to figure out what to fill that 80 per cent with: industrial scale political subversion by which he was able to harness the latent power of an aggrieved population to the wagon of political change, to whit the victory of the Chinese Communist Party in the Chinese Civil War which ended with the proclamation of the People’s Republic of China in 1949

….The problem is that what we now face in the form of ‘global insurgency’ is not Maoism but Post-Maoism-a form of insurgency which differs significantly from that which preceded it.[6] We have, in essence, been searching for the right tool to defeat today’s most virulent insurgency in the wrong conceptual tool box. This is perhaps the most uncomfortable truth to be laid out in this book; another worrying one is that the security interests of Western Europe differ markedly from those of the United States-because the threat in the former emerges from their own undigested Muslim minorities which are alienated further by their involvement in expeditionary campaigns which, arguably at least, serve the needs of the latter well enough

Oddly, this will be the second book by a former British Gurkha officer that I’ve read in the last six months; the first being The Call of Nepal: My Life In the Himalayan Homeland of Britain’s Gurkha Soldiers

by Colonel J.P. Cross, which I played a minor role in getting reissued here by Nimble Books, along with Lexington Green. After just thumbing through a few pages, Dr. Mackinlay already strikes me as a far less mystically inclined military author than does the esteemed but eccentric Colonel Cross.

I am way behind in my book reviews. Fortunately, Charles Cameron is stepping up with a new series of posts this week, which will give me some time to write reviews at least for Inside Cyber Warfare: Mapping the Cyber Underworld

and then read Mackinlay. Ah, this designated guest blogger business is proving to be most convenient! 🙂

The Return of Colonel Cross of the Gurkhas 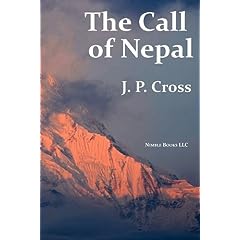 The Call of Nepal: My Life In the Himalayan Homeland of Britain’s Gurkha Soldiers

Nimble Books, a publisher I am proud to be associated with, is rolling out the American edition of the memoirs of the legendary COIN specialist, soldier and linguist, Colonel John Philip Cross, of the Gurkhas. Foreword by Robert D. Kaplan.  Disclosure – I had a part, albeit a small one, along with Lexington Green, in connecting Col. Cross with Nimble Books, and I could not be more pleased to see this memoir in print. Not many books these days start by announcing how modern academics will hate it.

Cross was the focus of a story by Kaplan in The Atlantic Monthly magazine in 2006.