zenpundit.com » Blog Archive » U.S. Strategy Board – An Idea Whose Time Has Come?

U.S. Strategy Board – An Idea Whose Time Has Come? 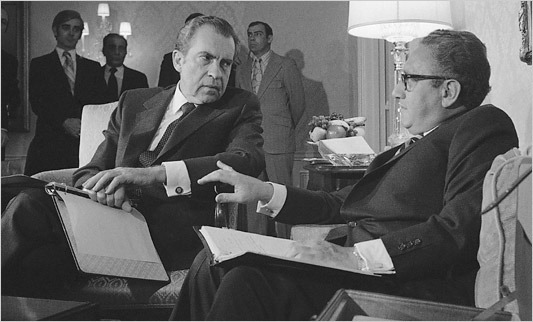 Dr. Frank Hoffman has a piece up in Eurasiareview.com assessing the merits of an idea that in my humble opinion has some utility not merely for the incoming Trump administration but the institutional national security bureaucracy – a Strategy Board.

The National Security Council (NSC) staff was once called the Keepers of the Keys, managers of the coordinating process that is central to an administration’s ability to plan and conduct a successful grand strategy.[1] The NSC has had an evolving role, as has its staff.[2] The NSC evolves to the strategic context that any administration faces, and it must also reflect the information processing and decision-making style of the president. The inbound Trump administration will soon face the challenge of integrating America’s diplomatic, military, and economic tools and applying them globally and coherently.

Many have offered advice on how to properly focus NSC staff as well as the “right size” of the group. NSC structures and processes are designed to fulfill the needs of the president and should support his policy and decision-making requirements. These may vary from president to president to fit information processing and decision-making styles as well as the character of an administration’s foreign policy. Lt. Gen. Michael T. Flynn, the president-elect’s National Security Advisor, will manage the evolution of the NSC team to best support Mr. Trump and establish processes and coordinating mechanisms to tee up presidential decisions and implement the foreign policy initiatives of our 45th President.

More importantly, we have misdiagnosed and mislabeled the problem. The White House’s real shortfall is strategy formulation, not planning. Strategy is not planning, but a good strategy enables proper planning.[20] Hence, I contend that the solution lies in creating a Strategy Board.

The Deputy National Security Advisor—President-elect Trump has tapped K.T. McFarland for the position—would chair the Strategy Board, and the board would not duplicate the existing system of Deputy and Principal’s committees. Its composition would include serving government officials below the existing committee structure from the Departments, NSC, and Office of Management and Budget (OMB) staff members as well as external members from outside government. Like Eisenhower’s board, this group would be charged with anticipating problems, generating solutions independent of Departmental preferences/inclinations, and proposing cost effective strategies. The planning details of approved strategic initiatives would be delegated to the respective Departments.

The board would conduct long-range strategic planning processes for presentation to the Deputy and Principal’s Committees at regular periods, including presidential strategy directives assigning priorities and resource allocations that would shape or inform Departmental budgets.[21] OMB representation would improve the connection between policy and budgets, enhancing long-term implementation and strategic coherence.

This is a good idea as strategic excellence has been a quality not greatly in evidence in American statecraft in the previous sixteen years and many have argued that we have been adrift since the end of the Cold War. The time horizons of the NSC and the IC are chronically driven by a sense of urgency toward the short term, to “reporting” over “analysis”, to tactics and political gestures over strategic perspectives – something a strategy board with some gravitas in its members would help counterbalance.

I had a related proposal five or six years ago that was more blue sky than Dr. Hoffman’s strategy board, focusing on the long to very long term American grand strategy:

….The President of the United States, of course has a number of bodies that could, should but do not always provide strategic advice. There’s the Defense Policy Advisory Board, an Intelligence Advisory Board,  the National Intelligence Council, the State Department’s Policy Planning Staff, the Office of Net Assessment and not least, the NSC itself and the Joint Chiefs of Staff, whose Chairman, by act of Congress, is the military advisor to the President and Secretary of Defense. While strategic thinking does percolate from these entities, many have very specific mandates or, conversely, wide ranging briefs on matters other than strategy. Some operate many levels below the Oval Office, are filled with superannuated politicians or have personnel who, while intellectually brilliant, are excessively political and untrained in matters of strategy. The Joint Chiefs, the professionals of strategy, are highly cognizant of the Constitutional deference they are required to give to civilian officials and are very leery of overstepping their bounds into the more political realms of policy and grand strategy.

We have seen in many administrations and not least in the last two, a tendency toward insularity and groupthink, to politicized intelligence, to cutting subject matter experts out of the policy loop to better put forward much cherished but stridently evidence-free ideas and a general approach that eschews basic strategic thinking in favor of grasping for momentary tactical advantages to please domestic political factions. This lack of overarching strategy to tie together the strands of policy so that our bureaucracies pull in the direction of reality is why we lose wars and repeatedly get diplomatically outmaneuvered on the world stage by second and third rate powers.

A strategy board would not be a silver bullet. It won’t cure White House micromanagement by itself or keep the NSC from going rogue or make Defense, CIA or State produce workable options for the POTUS in a timely fashion. But a strategy board could well help clarify thinking at the inception and challenge the various players to pull together intellectually and operationally. It could makes things better.

And at the rate America has been going lately, we could hardly do worse.

This entry was posted on Tuesday, January 10th, 2017 at 4:36 am and is filed under America, foreign policy, government, national security, strategist, strategy, trump. You can follow any responses to this entry through the RSS 2.0 feed. Both comments and pings are currently closed.