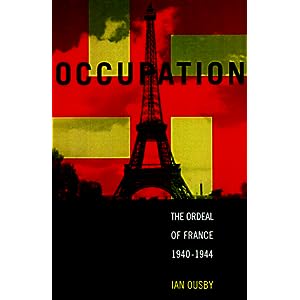 How Wars are Won: the 13 Rules of War by Bevin Alexander

The first, which is an an analysis of how our historical memory of “the Sixties” have been wielded in cultural and political wars was sent as a review copy by Julie at FSB Associates. The next two were a gift from my regular guest-blogger,  Charles Cameron. Bevin Alexander is probably a familiar writer to many readers here. I’m adding them to my summer reading list.

The Rise of the Machines

Ignite, which is essentially trying to be TED jr. on crack, has a 5 minute presentation by Heather Knight on efforts to satisfy man’s ancient desire to anthropomorphize his environment by building “charismatic robots”

As I mentioned yesterday, I had the good fortune to receive a courtesy invite to a screening of RESTREPO, a documentary of the experience of the second platoon of Battle Company in the Korengal valley of Afghanistan. The film takes its title from a fallen member of the platoon, a medic Pvt. Juan “Doc” Restrepo, in whose honor the platoon’s new outpost in that ferociously disputed valley is named. The film, largely compiled from footage shot by Tim Hetherington, is the companion to the book WAR

by Sebastian Junger on the same subject. There are some substantial differences between the movie experience and reading the book ( which I reviewed here).

First, RESTREPO makes more explicit the harsh terrain in which the war is taking place for the young men of second platoon. If you have ever driven through the mountains of Tennessee or West Virginia, imagine those states as semi-arid, with steeper elevations and go back in time to circa 1900 so that the deeply impoverished residents are struggling to scratch a living out of sand and rocks with little or no comforts of modernity. The valley appears to always be dusty, sunny and very hot. Except up in the hills where it snows – then it looks cloudy and cold. That’s what Korengal looks like.

The Korengalis, it must be said, look like that too. Virtually every Korengali man in the film is hawk-faced gaunt and weathered, fierce faces deeply lined by sun and privation. Korengali elders have the look of determined survivors who built the fortified compounds that cling precariously to the rock wall of the hills, ascending, jerry-built. The village reminded me of what Cabrini-Green might have looked like had it been erected in the 9th century. The warmth of their elders’ feelings toward Americans can be described as “grudging”, well-demonstrated at the shura where the elders asked the Captain for the return of “Yusuf Mohammed” who had been arrested. As it turned out, young “fucking Yusuf Mohammed” had beheaded someone on a jihadi videotape and the clearly disgusted C.O. told the elders that Yusuf would not be coming back.

A second striking difference was that unlike WAR, which is narrated through Sebastian Junger’s perspective, the soldiers are speaking directly themselves, either in candid comments on patrol and in RESTREPO or in de-brief interviews. Junger accurately reflected the views of the soldiers he interviewed but where WAR has one voice, Junger’s, RESTREPO has a multitude of voices with their individual insights, irreverance, agonies, tedium, bitching, regrets and pride. Reading WAR depressed me, but watching RESTREPO, despite scenes of graphic suffering, definitely did not. If you see these young soldiers and do not come away impressed with their mettle and resilience of character, then you have a heart of stone and a head of straw.

A thought that kept coming back to me, which I think was stirred by the imagery of the valley seen in the film in a way the book did not, was that there was nothing of strategic value there whatsoever. Even the Taliban was not particularly welcome and tread very lightly among the Korengalis who are ruled by their elders to a degree that has eroded elsewhere in Afghanistan. It seemed with American operations in the Korengal we were replicating in miniature a Khe Sanh or Dien Bien Phu where the conventional army could draw out the insurgents and that the COIN elements were window dressing, Big Army humoring the party line at CENTCOM while playing a joke on the soldiers ordered to go through the motions of counterinsurgency on the ground. Junger, in his talk after the film hinted as much in saying that 150 men of Battle Company could hold their own there but could not do the COIN objectives in Korengal by themselves that required a full battalion.

After the film was over, Sebastian Junger took questions from the theater audience, which had a strong representation of veterans, including two who had served at RESTREPO and family members who lost sons in Afghanistan. He was a straight shooter in all of his answers, even the difficult moral questions and did not pretend he had all the answers or better answers and tried to testify primarily to what he personally witnessed. A performance that would make me comfortable in relying on Junger’s reporting in the future.

A moving and thought-provoking documentary, RESTREPO opens at Piper’s Alley in Chicago this Friday on July 2nd

I don’t know whether the mutiny is actually against the White House or the ISAF command or both. All I’ve been able to piece together is that after fortifying themselves with rum and the battle cry, ‘We’re nobody’s poodle!‘ the New York Times editorial board gave the heave-ho to NATO’s march to the rear in Afghanistan.

So this is a very strange turn of events and worthy of examination.The mutiny might have started earlier but as near as I can figure it began June 11. On that date the New York Times reported on a version of what transpired during Karzai’s dispute with two officials….

….State Department spokesman P.J. Crowley, who evidently had not gotten the memo about the mutiny by the time of his June 25 press briefing, only poured fuel on the fire started by the mutineers:

QUESTION: … the New York Times today reported that the Pakistan army has offered to mediate for peace talks with the Taliban and also with the Haqqani network. Is the offer with you?MR. CROWLEY: Well, as we’ve said many times, this is an Afghan-led process, but obviously there are discussions going on between Afghan officials and Pakistani officials, and we certainly want to see ways in which Pakistan can be supportive of this broader process.

QUESTION: Do you see the Haqqani network coming – sharing power with the Afghan Government? Do you support that?

MR. CROWLEY: We have been very clear in terms of the conditions that any individual or any entity need to meet in order to have a constructive role in Afghanistan’s future: renouncing violence, terminating any ties to al-Qaida, and respecting the Afghan constitution. Anyone who meets those criteria can play a role in Afghan’s future.

The White House, more alarmed by the Times mutiny than Crowley’s foot-in-mouth replies, scrambled to do damage control. Yesterday Democratic Senator Dianne Feinstein and a toady in the GOP camp, Republican Senator Lindsey Graham, were packed off to Fox News Cable’s Sunday show to give assurances that if General Petraeus needed more time to win the war in Afghanistan he had it.Leon Panetta was also dispatched to the Sunday morning TV network circuit, which receives close attention here in the nation’s capital. So it came to pass that Panetta made his first appearance on American network television since he became director of the CIA. He appeared on ABC’s “This Week” and faced questions from Jake Tapper, who soon turned discussion to the June 24 Times report:

Pundita has much more here.

The problem for the Obama administration is that if the generally incurious and poorly informed American public ever grasped the nature and an accurate record of Pakistan’s ongoing sponsorship the Taliban, Pakistan would quickly become an object of hatred in the eyes of US voters which, with the right visceral image, could quickly turn passive disquiet into righteous rage. My read, and it is just an informal sense, is that frustrations with the war are building into a dangerous powder keg beneath a placid surface of widespread anxiety and concern for the well-being of the troops.

A mass-casualty act of terror on American soil traced back to Pakistan, or some grisly image broadcast from the Afghan battlefield could unleash a political tsunami.

Will be going to this Sunday night with Lex and Charles Cameron, Madhu and some of the cast of Chicago Boyz. Also present will be some of the gents from the popular milblog, BLACKFIVE and veterans groups in the Chicago area.

by Sebastian Junger was the book that was written in conjunction with this documentary; Junger will be on hand to answer audience questions. I am sure there will be a number of blog reviews of this screening come Monday and I will attempt to link to them all here when I write my own.

Deserving accolades for organizing this screening, a sizable undertaking, are Kanani Fong and Laura Kim. They have reached out to many people in this endeavor and extended every courtesy to veterans support groups and bloggers in particular.

RESTREPO opens to the public on July 2nd.