With all the low cunning of an escaped mental patient, the heavily indicted Illinois Governor Rod Blagojevich (D-IL) appears at a “bizarre” press conference to appoint the formerly respected ex-Illinois Attorney-General Roland Burris to the U.S. Senate to the seat

Taking to the podium at the end of a bizarre, shambolic press conference in which Governor Rod Blagojevich sought to appoint Roland Burris to the US Senate, Congressman Bobby Rush dared white Democratic senators to block a black man from joining their ranks.

He urged people “not to hang or lynch the appointee as you try to castigate the appointer” and, after saying repeaedly that Burris would be the only African-American in the Senate, said that he believed no senator would want “to go on record to deny one African-American from being seated in the US Senate”.

Roland Burris thought this was a good idea. Who is advising him these days ? He must be sticking it to somebody in the Democratic Party here in Illinois to lend his good name to this charade.

Following up on Learning Organizations

Two posts that broaden and inform the discussion:

From one of my my co-authors,  Adam Elkus at GroupIntel – “Can Strategy Be Crowdsourced?”:

…Confined to the tactical level, emergent groups often melt away once the tactical action they have formed to accomplish is over. While the anti-Scientology hacker collective Anonymous succeeded in bleeding the Church of Scientology (CoS), they failed to accomplish their stated task of destroying the organization. Anonymous took down some CoS websites, showed up on the streets wearing funny masks, and attracted some media attention. But without any mechanism for exploiting their tactical success, they could not sustain their momentum, making them a purely ephemeral phenomenon. Without the benefit of strategy, all Anonymous could do was cause disorder-but such petty nihilism has rarely accomplished anything of real importance.

Anonymous was kind of cyber-militia, not a band of cyber-soldiers. Galled by what they saw as the CoS’ heavy-handed censorship, they attacked it for a while before retiring back to their usual activities on the 4Chan IRC channel. Americans, ornery and independent by nature, tend to valorize militias and distrust professional militaries. But we often forget that our own militias lacked the means or motivation to battle the British for extended periods of time during the Revolution. Washington found it difficult to make them battle during harvest season, and could not force them to fight far from their homes and families. He required the likes of Baron Von Steuben to mold them into a disciplined and professional fighting force through the usage of repetitive drills and training. Our tech-hype about crowdsourcing is another form of militia worship that may be admirable and egalitarian in spirit but dangerous when it is used to overestimate the strategic abilities of emergent foes.

I enjoyed Adam’s post, partly because I rarely get to read something that links Edward Bernays, Jamais Casico and John Searle. I will quibble with Adam in that “crowdsourcing” phenomena or open systems that acquire a “community”aspect with recognizably distinct cultural norms are usually dominated by a “natural aristocracy” among the membership – a cadre of “influencers” who make qualitative contributions frequently and disproportionately and have individual and collective “auctoritas” to police the larger mass than contribute occasionally. There’s a “feedback loop” where certain members of “the crowd” add complex thinking for collective evaluation, modification and ratification. Linux is the original example as is Wikipedia, where senior and elusive”Wikipedians” carry great weight compared to say, me, logging on and editing away. An open mil-related community “crowdsourcing” strategy might do more than a decent job; it would be interesting to run a war game at Quantico with a group of U.S. military operations specialists vs. the membership of the Small Wars Council.

The second post is by “ josephfouche“* at The Committee of Public Safety blog – “The Tactical Loop“:

Elkus argues that the strengths attributed to crowdsourcing and other “wisdom of the crowd” phenomena are potentially strong on the tactical level but fail to scale to higher levels on the CPSOT stack. The higher layers on the stack, when compared to tactics:

Concepts from Howard Bloom’s Global Brain are useful here to demonstrate the elements the higher layers of the CPSOT stack need to align in order to steal some of that vim and vigor from tactics:

Tactics have more of each of these elements than higher layers on the stack which involve fewer and fewer people. This means fewer hypotheses to loop through and more conformity enforcing gatekeepers. A great deal of what the higher layers do is filter out the multiple hypotheses produced by tactics and its direct interaction with the unfolding environment and use conformity enforcement to pare down the number of hypotheses and make them more consistent. This is similar to how Jeff Hawkins hypothesizes that the human brain works in his memory-prediction framework:

Like tdaxp, I am a big fan of Howard Bloom’s Global Brain and “josephfouche” shares a preference with tdaxp and myself for employing “horizontal” thinking and synthesis in his posts. Ideally the “higher levels” should be filtering out bad or unworkable hypothesis and speculation by some kind of empirical -or at least reasonable – criteria. The problem in our bureaucratic system is the preference for anachronistic frameworks or schemas on the part of senior managers who are doing the filtering (even when the process is untainted by politics or personal agendas). The critical decision-makers need to be in the paradox of have an objective, cognitive distance from the tactical or the small world yet be intimately in touch with it. They must juggle multiple perspectives at once and find a workable synthesis or leverage point.

* Interesting blogging nom de guerre. For those unfamiliar with French history, Joseph Fouche was the Jacobin Terrorist “Butcher of Lyons” who became Napoleon Bonaparte’s – and modern Europe’s first – secret police chief and later managed to serve the restored Bourbon kings in that capacity, though I cannot recall which branch. When asked by Napoleon what he would do if he, Napoleon, were killed in battle, Fouche candidly answered ” Sire, I would try to seize as much power for myself as possible” Nice.

The SWJ Blog published an op-ed by Colonel David Maxwell entitled “Random Thoughts on Irregular Warfare and Security Assistance (Full PDF Article)“. Like a lot of more open-ended, ruminating pieces, Maxwell’s post was “generative” in the sense of trying to articulate insights regarding a complex situation, which Col. Maxwell accomplished. Here’s the section that raised my eyebrow:

…First we need to look at ourselves critically and ask if we have been able to develop effective strategies and campaign plans and then support and execute them, respectively. I think that most all of our challenges can be attributed to our strategies and campaign plans (and I will caveat this and say we need to understand that in this world of irregular warfare, complex operations and hybrid warfare there is no cookie cutter strategy or campaign plan template that will work the first time, every time. We need to be agile and flexible and be able to adapt to constantly morphing conditions). But I would say that this is where we need to focus most of all because our forces at the tactical level from all Services have proven very adept and capable and have demonstrated that they are truly learning organizations

Why would the “tactical”level have acheived “learning organization” status and not the “operational” and “strategic” levels of military command? Some possibilities:

Can the operational and strategic levels of the military ( or any organization with a bureaucratic structure – schools, corporations, government agencies etc.) become a “learning organization” despite greater scale, distance from events, degrees of abstraction and other obstacles? Of course. However it depends greatly on two things – creating a “tighter” network with a high velocity of meaningful communication and a new kind of leadership committed to the hard work of re-engineering the organizational culture around adaptive “fitness” and learning. 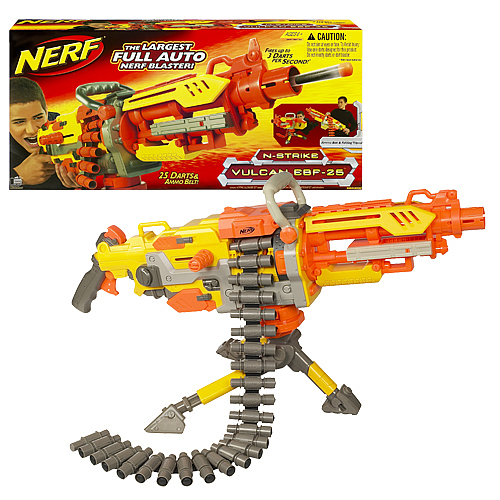 A Christmas present for the Son of Zenpundit was set up tonight….and I have to say, it’s pretty darn cool.

Without in intending to slight anyone and not intending to be exhaustive, in my hurry to post earlier today, I was not thorough enough in accounting for everyone in the above intel/national security/cyberwarfare/military/strategy/foreign policy Twittersphere and I would like to add….

I think I have everyone listed now that I have typed out half of my follow list but I have inadvertantly missed someone please email or DM me and I will add you so others can “follow” you and not miss out on the conversation.