Catching up on the Xenophon Roundtable VIII, IX, X, XI

I have been trying to map the physical progress of Xenophon through the Middle East and back to the Greek cities in Anatolia. His starting point is relatively easy to find: the city of Sardis, now called Sart, still exists, although now it is just a village near the ruins. The city was destroyed several times by earthquakes. The next city mentioned, Colossae, was located near what is now Denzli (Turkey). They went on to Celaenae, near the present-day town of Dinar, where they remained for 30 days. While looking at the area in Google Earth, I noticed some landscape features that look like they might be the outlines of ancient buildings under the plowed fields. Have a look for yourself.

This theme becomes more muted after the army reaches the summit of Mt. Eches, at the end of book 4. From that point, the army descends to level ground, and begins to decay as an army and as a quasi-political community. We see in the beginning of Book V, ch. 1, that the discipline and hardihood that carried the army to the sea begins to break down. The first thing they do is gather together to “deliberate about the rest of their journey”. As always with this army, the soldiers themselves must be consulted and agree to any major course of action. The soldiers resist the necessity of marching and carrying heavy loads. The first person to speak, says “I for my part, men, am by now tired of this packing up, walking, running, bearing heavy arms, marching in order, standing guard, and fighting. I now desire to cease from these labors, since we have the sea, to sail the rest of the way stretched out like Odysseus, and to arrive in Greece.” In other words, everything that makes this group of armed men an army, and makes them individually soldiers, is too onerous to keep on doing. In effect, this is a motion to the meeting to dissolve the army and turn it into a group of tourists. The army, like any democratic community presented with a seemingly easy, costless and pleasant course acclaims this proposal

Mark Twain wrote, “History doesn’t repeat itself, but it does rhyme.” The Anabasis of Cyrus is filled with events that have reappeared throughout history to form a rhythm that if not repeated, lends example and advice to other commanders faced with similar challenges.

Not much discussed in the forgoing posts, has been Xenophon’s speech to the assembled soldiers before setting out on their march to the sea. Reading the speech, one will note several themes that have a familiar ring to any student of American military history. This account of how Xenophon dressed for the occasion has a twin in the way one American General outfitted himself for battle

Xenophon Roundtable: The Building of a Political Community by Seydlitz89

….We start with the Greek army marching through Asia Minor east, but with no actual idea of their real goal.  It is only after they have advanced a considerable distance that their benefactor, Cyrus of Persia, tells all the Greek generals the true goal of their expedition – the defeat of his brother the King of Persia and his own establishment as new king.  The Greeks do not react positively to this and demand more money to continue.  Xenophon remarks that the mass of the Greeks continue on out of a sense of shame, that is more a sense of inertia and vague material interest drives the army on (III, 1, 10).  Their military professionalism and sense of belonging to “Greece” can be seen as elements of material cohesion, whereas their sense of belonging to specific city states or tribes and their individual loyalties to their specific generals can be seen as moral cohesion.  Both types of cohesion are weakened at specific instances during the advance by the actions of for instance Menon when he convinces his army to advance first across the Euphrates River and thus gain the favour of Cyrus at the expense of the other Greeks (I, 4 15).

The moral and material cohesion of the Greek Army is sufficient to get them to the battle of  Cunaxa and allow them to make a good accounting of themselves, but the battle ends in disaster for the Greeks since Cyrus is killed and his body mutilated by his brother the Great King.  Cyrus’s death removes the political support and purpose that holds the Greek army together and unites it with its Persian allies.  Without Cyrus there is also no source of monetary funds to pay the soldiers who are now without a patron.  Xenophon is also well aware of the new political situation and how the Greek Army poses a threat to the Great King by its very continued existence (II, 4, 3-4).

Read the rest at Chicago Boyz.

Very rich taste but not too heavy. This batch is allegedly 14.5 % ABV but the helpful employee-beer aficianados at Binny’s claim it is in practice, much higher than that. I’m inclined to agree that a bottle of Samael’s packs more of a punch than the average glass of wine or mixed drink.

Slow Posting this Weekend, I Know……

Will improve sometime on Monday. Busy with real world tasks the past few days.

Posted in blogging | Comments Off on Slow Posting this Weekend, I Know……

Crowdsourcing the Army on the Other Side of the Pond 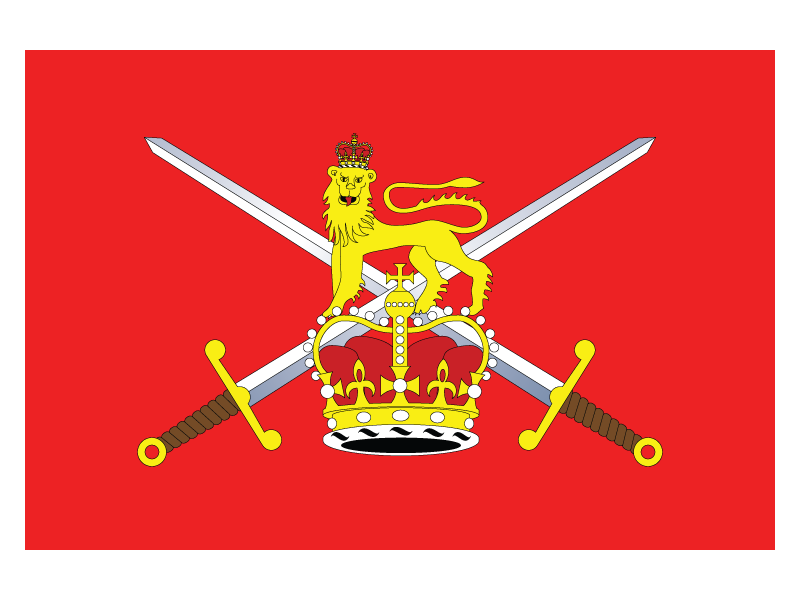 Uk Strategy and Defence Policy, where should it go? Have your say

As many of you will know the UK MoD is at work now on the preparation of a Green Paper leading up to a full (and overdue) defence review next year. We have been discussing many of the key issues in British strategy here on this blog for two years already. I think it speaks well of the informed and thoughtful KOW readership that the MoD Strategy Unit is now reaching out to this little corner of the defence blogosphere to engage with us on such matters. Below I am posting a note from Vincent Devine, who heads the Strategy Unit, which is intended to kick off a debate here on these pages on issues of mutual concern. I am personally chuffed that we have been asked. More importantly, I welcome the spirit of openness to debate and alternative views which the gesture represents. Across the pond they have been better at this, see The Army Needs Your Help, for instance, and I think they have realized better policy and strategy in the doing. I could quote a bunch of clichés here about ‘sunlight being the best detergent’, or ‘a problem shared is a problem halved’ but, really, it’s self-evident isn’t it? Here in the UK we’ve ground to make up and not a lot of time and resource to waste and so I find this development highly encouraging.

I’m grateful to David Betz for letting the UK Ministry of Defence Strategy Unit engage with Kings of War to gather views about the future of the UK’s defence policy.

The Strategy Unit, which I lead, is a small team of military officers, MoD and FCO officials and international exchange officers. We are pulling together the new Defence Green Paper, which will set out some of the key defence issues before a full defence review next year.  As we prepare the Green Paper we want to take advantage of the very active academic and think-tank debate on defence issues, and ideally provoke some of this discussion ourselves.  We running a series of traditional, real-world seminars and meetings with experts. Via Kings of War we also want to plug into the informed and interested defence blogosphere, hoping to reach a wider and (possibly) fresher audience.

This is, as far as I know, the first time the Ministry of Defence has done this, and it is something of an experiment. Depending on your reactions, we plan to post on several occasions between now and the end of the year. We’d like each time to pose one of the defence policy questions we’re considering, and ask for your views. We won’t plan to respond to each comment as it comes in (though we might chip in if any particularly live discussion kicks off), but will offer a set of reactions and impressions to wrap up the exchanges after about a week. And we want to be able to share with you some of our emerging thinking.

We hope the process will mirror the overall Green Paper approach: it’s about identifying the key questions, rather than trying to answer them now; it firmly places our defence policy within our wider international and security policy; and it’s based on the assumption that we may need to make some tough choices. If you want more background about the Green Paper process, you can find the Defence Secretary’s Parliamentary statement here , and of course some of you may have heard his speech at King’s on this last week.

We have agreed with David some ground rules for our participation in KoW, intended to help keep the debate lively. We are contributing as the MoD Strategy Unit, rather than trying to speak for the Ministry as a whole – we therefore won’t need to have all our contributions chiselled in stone before we submit them. Neither the Strategy Unit nor KoW make any commitment to agree with or support the views of the other – which indeed would undermine the whole point. We (genuinely) want to encourage people to say what they think – the most useful comments will be those which are informed, grounded and focused.

There’s been a lot of good writing on this recently, including of course from David himself and Anthony Cormack, and from Theo Farrell, Malcolm Chalmers, Paul Cornish, Andrew Dorman, Hew Strachan and others. They’ve looked both at tactical/operational issues and at the overall strategic picture. Some see the glass half-full, some half-empty. Some focus on the need for success in current operations, others on the state of the whole defence machine. They identify a very broad range of issues: which of these are causes rather than symptoms, and which show grounds for optimism, which pessimism?

I look forward to seeing what you have to say.

Post any useful suggestions or comments over at Kings of War.

The US Army Embraces “Crowdsourcing”

The Army wants your comments on its new Capstone Concept

by Robert Haddick
Brigadier General H.R. McMaster has sent to Small Wars Journal the latest draft of Army Capstone Concept version 2.7. McMaster leads a team at TRADOC that is charged with revising the Capstone Concept, which provides fundamental guidance to the Army’s doctrine and training efforts.

By December, McMaster and his team will complete their work on the Capstone Concept. Between now and then, he

wants to hear from you. So please open this file, read it, and provide your comments, either here or at the Capstone Concept comment thread at Small Wars Council. McMaster and his team will read these comments and use them to improve this important document.

Ok. Mil/intel/strategy/national security/COIN bloggers. We’ve been blogging on the “future of warfare” for five or six or more years. Some of us have also written books and journal articles, spoken at conferences and done op-eds. Along the way, there has been periodic lamentation (i.e. whining) that the powers that be don’t “get it” and no one pays attention anyway. Well HR McMaster is asking for  input on shaping official military policy. A “put up or shut up” moment for the bloggers.

I’m in! Who else is joining the party?