[ by Charles Cameron — along the lines of yoga chitta vritti nirodha ]
.

Obviously. I am going to be interested in the DoubleQuote in the Wild juxtaposition to two flags in a political cartoon commentary on last week’s events in the US, but I still find it very hard to decide whether the appropriate DoubleQuote to embed it in is this:

Or this — well, actually, no contest, this one gets my vote by a zen mile!

I guess that’s my analytic bottom line, right there in Patanjali‘s Yoga Sutras.

Reverse psychology, sort of — with an apocalyptic vengeance

[ by Charles Cameron — negative hope in light of an eventual (hoped for) positive outcome ]
.

The particulars here have to do with the SCOTUS ruling on same-sex marriage, but what interests me is the combination of eschatological expectation and the wish for the world to “slide from bad to worse” morally speaking..

It isn’t easy for Christians to identify a silver lining to Friday’s ruling that is worth celebration; unless you’re a premillennialist.

Whereas postmillennialism believes that Christ will return to earth when the gospel has triumphed over unbelief and conquered the globe, premillennialists aren’t holding their breath. Premills teach that the world will slide from bad to worse until it is so irrecoverably bad that only Jesus can fix it. That will be his cue to return and establish a rule of peace, righteousness, and sanity in the courts.

So, it is on days like this that I read with relish passages that others may dismiss as pessimistic. I prefer to see regress in society as a welcome sign that the Bible is accurate, and that Jesus is coming soon.

From both “rhetorical pattern” and “eschatological studies” points of view, that’s quite something to ponder.

I very much enjoy 3 Quarks Daily, it’s my aggregator of choice, and so I was particularly delighted and honored when my friend Bill Benzon of New Savanna invited me to guest blog on his monthly 3QD spot today, with the very recent papal encyclical about climate change as my topic: Pontifex as Bridge Builder: the Encyclical Laudato Si’

I propose that in his recent encyclical Laudato Si’, Pope Francis is exercising his function as Supreme Pontiff, or @pontifex as he calls himself on Twitter – a pontifex being literally a bridge builder. It is my contention that in his encyclical he bridges a number of divides, between Catholic and Orthodox, sacramental and social, liberal and conservative, religious and scientific, even Christian and Muslim, traditional and of the fast advancing moment, in a manner which will impact our world in ways yet unforeseen.

It is my contention, also, that his pontificate provides the third step in a momentous journey.

The first step, as I see it, was taken by Christ himself in the Beatitudes – blessed are the poor in spirit, they that mourn, the meek, the merciful, the pure in heart, the peacemakers – and in his doctrine of forgiveness, not once only but a myriad of times. The second was taken by Francis of Assisi, in his Canticle of Creatures – praised be you, my Lord, with all your creatures, especially Sir Brother Sun, through Sister Moon and the stars, praised be You, my Lord, through our Sister Mother Earth, who sustains and governs us.. blessed those who endure in peace.. – and in his crossing the front lines of war during the crusades to greet in peace the Sultan Malik Al-Kamil in Damietta, Egypt. And in taking the name Francis, in washing and kissing on Maundy Thursday the feet of both male and female, Christian and Muslim juvenile offenders in prison, and in issuing this encyclical, I would suggest Pope Francis, born Jorge Mario Bergoglio, is taking the third step.

The line, the transmission, is of sheer humility. It begins with the Founder of the line, Christ himself, lapses, which all high inspirations must as routine replaces charisma, only to emerge brilliantly a millennium later in the saintly maverick, Francis, lapses again though still fermenting in the imagination of church and humankind, and now at last shows itself once more, in that most unexpected of places: in the heart of the bureaucracy, at the head of the hierarchy, atop the curia, simple, idealistic, practical – a pontifex building bridges.

And in all this, there is lyricism.

It is characteristic of St Francis that he is lyrical …

As noted in that piece, I’d also addressed the encyclical in a guest blog on LapidoMedia, where I’m temporarily the web-editor — Poetry, controversy and praise in Pope Francis’ Encyclical. There’s quite a bit of overlap between the two posts, but they are also complementary.

Speaking of complementarity, I just completed a 6,000 word essay for a forthcoming volume edited by Robert Bunker, to which Mark “Zenpundit” Safranski has also contributed a chapter. My piece is titled The Dark Sacred — watch this space!

And Dr Edwin Bakker, whose fine Coursera course on Terrorism and Counter-Terrorism I have been a CT for, held a Google Hangout today, in part to celebrate his new book. I managed to sneak in or a few minutes despite my computer woes, and if interested, you can find us here:

I have a tremendous backlog of good books to review that I have read in recent months and I am facing the fact that it is dubious that I will ever to get to feature most of them here.  As a stopgap, I am going to try a few mini-reviews instead of the more noteworthy, or at least interesting, titles. Here are two:

1. Stalin: Volume I Paradoxes of Power 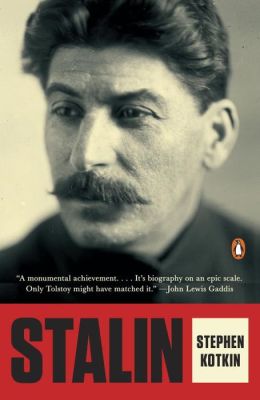 Eminent diplomatic historian John Lewis Gaddis praises Princeton’s Stephen Kotkin for his new biography, calling it “A monumental achievement”. This is certainly correct. Kotkin has done more than break new ground with Stalin: Paradoxes of Power; in my view it is arguably the best book on Joseph Stalin ever written.

Admittedly this is high praise. It is true, that Kotkin is not in the same literary class as Simon Sebag Montefiore, who demonstrated his great prose skill with masterfully written and deeply researched biographies of Stalin, but Kotkin is always a clear, effective and always forceful writer. Where Kotkin excels is in the granularity of his biographical narrative, unearthing aspects of Stalin’s childhood and early revolutionary days, the intra-party rivalries with leading Bolshevik personalities, especially Stalin’s complicated relationship with Vladimir Lenin and Stalin’s skill as a politician and grand strategist. The narrative is accompanied with Kotkin’s piercing psychological analysis of Stalin’s criminal psychopathology emerging from a combination of complex rational political calculation and a bottomless well of narcissistic self-pity that ate away at Stalin’s soul.

If volume 2 equals the first book, Kotkin will have written the definitive work of Stalin for years to come. 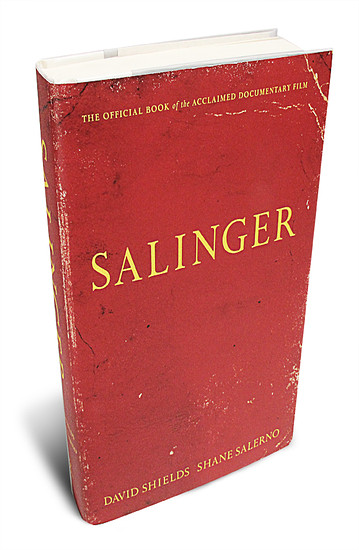 The book that accompanied the documentary of the same name, David Shields and Shane Salerno have put together a remarkable page turner that explains the mystifying author behind one of America’s most iconic literary works.

“Don’t worry if all of the first wave of you are killed, We shall simply pass over your bodies with more and more men”

J.D. Salinger’s counterintelligence unit spearheaded the landing of the 4th Division on Utah Beach on D-Day, Salinger participated in five major battles in the European theater including the deadly Hurtgen Forest where his regiment suffered 200% casualties and GI’s fighting in summer uniforms without blankets or winter coats froze to death in foxholes. A CIC field interrogator, Salinger operated with great freedom and authority and after participating in the liberation of the concentration camp complex known to history as Dachau, he checked himself into a mental hospital. To paraphrase Shields and Salerno, J.D. Salinger carried six chapters of The Catcher in the Rye in to battle with him, a book that took him ten years to write and which he then regretted for the rest of his life.

Another serpent bites its tail / the dust

[ by Charles Cameron — these people seem headed for Darwin prizes ]
.

You know I am always on the lookout for form — pattern, geometry, whatever you want to call it — in the news. Here, if the Daily Mail is to be believed, is a classic case:

There’s that saying, form follows function. I’m not sure how universal a truth that is, but it is certainly a useful design heuristic, and what we appear to have here is an instance of the failure of function followed by an aberrant form: lack of knowledge leading to self-destruction. More succinctly: form also follows dysfunction.

In fact, it’s an OODA loop gone awry, with lack of Observation followed by Orientation, Decision and Action. Unless these poor people awaken from their delusion first, the Islamic State is unlikely to give them any further iterative chances to re-Observe and Orient.

I don’t much like the Darwin Prizes — there’s a bit of a gloating aura to them, although they’re also amusing in a way that sneaks around the inherent sadness and meanness.