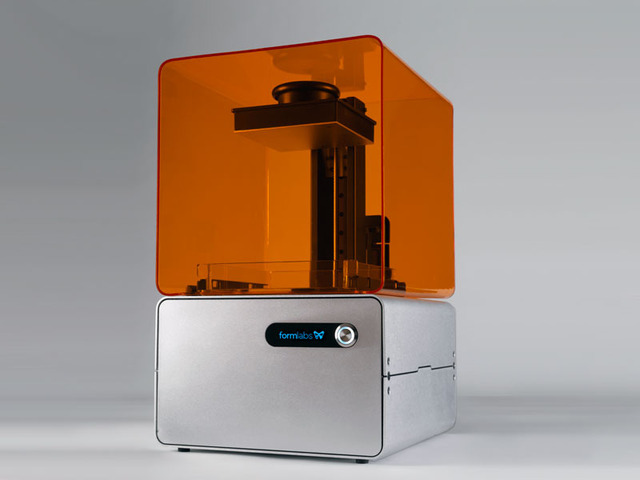 Thy game be won?

[ by Charles Cameron — a theology of little things, sports and wars included ]
.

Let’s start with Tim Tebow, and phrase the issue this post raises as a question:

The headline of a TMZ post, God Is Saving the Broncos … Says Colorado Pastor, clearly suggests that God takes sides in sporting events.

We asked Hanson if Tebow would be winning games if he wasn’t such a strong believer — and the pastor replied, “No, of course not.”

Tebow himself, if I’m reading my news correctly, realizes that his God might have as much to teach by having a sports team lose as by having it win, hence his prayer as quoted above — “no matter, win or lose…”

And that level of subtlety would also be present in the sports theology of Notre Dame, if (once again) I’m not mistaken:

The team is unapologetically Catholic. Before every game, the Fighting Irish participate in a Mass overseen by one of the team’s two appointed Catholic priests, a tradition dating back to the 1920s. At the end of that ceremony, each player receives a priest-blessed medal devoted to a Catholic saint—a different saint every game for four years. Also during the pregame Mass, players can kiss a reliquary containing two splinters that Notre Dame believes came from the cross of Jesus. “Most of the non-Catholic players are Christian, so when you tell them these splinters came from the actual cross of Jesus they are humbled to reverence,” Doyle says.

I appreciate that combination of prayer for what one hopes and surrender to what happens, it’s way less heavy handed than supposing you can gauge Divine Providence by the results at the end of a game — or a war.

One Huffington Post writer was moved to ask: If Tim Tebow Were Muslim, Would America Still Love Him?

That’s an interesting question, roughly analogous to “If Tim Tebow had a losing streak, would America still love him? And God?

And if God does routinely show preference for one team over another by granting them victory, what are we to make of these two examples?

It seems the universe scales quite happily from tens of billions of years (or more) to femtoseconds (or less), and from almost a hundred billion light years (or more) to the Planck length (and I’m not so sure about less) — and my own tiny worm of a lifeline has given me “experiences” of a car rolling over a center divider and landing upside down, some moments of breathtaking beauty, times of bordeom, rapid eruptions of anger, the rock of early electric Dylan and the Baroque of Bach’s Matthew Passion. And I have causally picked my nose, almost without knowing I was doing it.

Who’s to say a God, ground of being, Great Mystery Power, or simple unaided universe can’t “purposefully” do Big Bangs and enormous time lags while gasses and galaxies and solar systems are formed and dissolve, flashes of lightning, inspiration and insemination, reproductions sexual and asexual, lives long and short, painting by El Greco and Vermeer, horrible puns and ugly Oscar ceremonies, mu mesons and mitochondria, prayers answered, hung up on in disgust, or unheard on account of it’s the Lord’s Day of Rest — grasses, feedlots, cows, milk, beef, methane…?

Depending, of course, on your definition of “purposefully” — since the purpose may be no more and no less than the unfolding of what is.

Whatever it is (or isn’t) that encompasses all this, it’s in little things as surely as big ones — and thumb wrestling, too. So there you have it: my theology of little things.

Of masks and masking in Bahrain

Headline writers are appallingly fond of puns, but I thought the sting in the tail of this piece from Al Arabiya English was particularly fine:

In an unusual move, the Bahraini government has banned the imports of something most people would find to be innocent, the Guy Fawkes mask, worn in the 2005 Hollywood movie ‘V’ for vendetta because it was seen as symbol of an uprising against the country’s rulers.

The Gulf Kingdom’s Industry and Commerce Minister, Hassan Fakhro, ordered a block on importing the facial garb, and anyone found importing could be put in detention. This is all due to the fact that anti-government protestors have been using them to remain anonymous.

The historical mask has been used in street demonstrations around the world, from the Occupy Wall street movement in the United States and UK to the Arab Spring revolutions that toppled strongmen in the likes of Muammar Qaddafi and Hosni Mubarak.

To many this may sound like a strange move given the fact that it is just a mask. At the end of the day the Minister may be able to put it on the black list but questions remain as to whether the government will be able to control production within the country.

Can the ban of this costume piece mask the deep set political issues in Bahrain?

That shift from “mask” the noun to “mask” the verb is quite delightful.

Of plagues of locusts, then & now?

[ by Charles Cameron — the juxtaposition of sacred and secular worldviews, and what happens where they overlap ]
.

I’m returning here to an old theme of mine, the juxtaposition of worldviews — in this case, accounting for plagues of locusts in Egypt.

Such juxtapositions are like Rorschach blots in some ways — they allow each reader to see the items juxtaposed from within their own worldviews, perhaps applauding one and dismissing another, perhaps seeing some virtue in each or none in either — and perhaps arriving at some meta-level understanding which neither one alone would afford.

Is a plague of locusts in Upper Egypt of which the FAO warns in the upper panel above entirely explained in terms of rainfall? Is it pure mental happenstance that Egypt was the site of a Biblical locust plague at the time of the Israelite Exodus [Ex. 10. 3-6]? Is there, perhaps, a message for Egypt vis-a-vis Israel for our own day?

The answers people give to questions such as these, in which secular and sacred sources address what are putatively similar situations, can influence the way on which they voice themselves and vote — perhaps a good thing, perhaps not.

For what it’s worth, the plague of locusts is mentioned in the Qur’an in Sura 7.133:

So We let loose upon them [the Egyptians} the flood and the locusts, the lice and the frogs, the blood, distinct signs; but they waxed proud and were a sinful people.

In contemplating matters of this sort, it may be valuable to consider the remarks of the Pontifical Biblical Commission in The Interpretation Of The Bible In The Church, 1993/4:

The basic problem with fundamentalist interpretation of this kind is that, refusing to take into account the historical character of biblical revelation, it makes itself incapable of accepting the full truth of the incarnation itself. As regards relationships with God, fundamentalism seeks to escape any closeness of the divine and the human. It refuses to admit that the inspired word of God has been expressed in human language and that this word has been expressed, under divine inspiration, by human authors possessed of limited capacities and resources. For this reason, it tends to treat the biblical text as if it had been dictated word for word by the Spirit. It fails to recognize that the word of God has been formulated in language and expression conditioned by various periods. It pays no attention to the literary forms and to the human ways of thinking to be found in the biblical texts, many of which are the result of a process extending over long periods of time and bearing the mark of very diverse historical situations.

….The Forever War is, unsurprisingly, a book about war. It charts the conflict between humanity and an alien species called Taurians. The Taurians are alien in the classic sense, unknown and for the majority of the book unknowable.

The core of the book is the war, but it is also a book about disconnection, since the protagonists suffer from the effects of time dilation every time they go on tour, with hundreds of years potentially passing each time they ship out and return home. The same is true of the Taurians, meaning that in every engagement is is impossible to know whether the Taurian enemy is operating with technology from the future, or the past (from the perspective of the protagonists).

Over time the characters become disconnected from their own species, as guided evolution turns humanity into a species in which they have no part. Despite being the cream of the crop when recruited (all recruits have an IQ of 150+, the effects of this brain drain are explored in the book) they are left behind by a humanity which has chosen to pursue a guided evolution.

Strategy is at it’s most effective when the environment over which a conflict is going to be fought is understood. Terrain is part of this, however the mindset and moral elements of the opponent must also be understood. The Forever War is a study in what happens when a conflict is unmoored from reality, indeed it never has a root in reality, since the Taurians are unknown and unknowable.

Dr. Tdaxp – The Humanities, the Sciences and Strategy

The Servants of Strategy

Opposed Systems Design – PRC, DC and the Myth of Scheming

….All of this reminded me of Luttwak’s recently released The Rise of China vs. the Logic of Strategy.  Luttwak argues that the purported strategic wisdom of Chinese history actually impedes China’s ability to successfully carry out policy in the international sphere.  During the waring states period, massive intrigue and Game-of-Thrones-esque maneuvering was possible because of a common language, in addition to ethnic and cultural homogeneity.  International politics, on the other hand, is marked by disparate languages, ethnic groups and cultural  heritages.  In this hodge-podge, deep stratagems aren’t feasible because people have a hard enough time understanding one another when they aren’t attempting to dissemble.  In short, the fear of inscrutable Chinese strategists playing a brilliant long con on the world is simply not plausible because it would require a degree of cosmopolitan understanding of other nations and societies that no nation has successfully achieved.

Fabius Maximus – Who lies to us the most? Left or Right?

Many posts on the FM website have described similarities between the Left and Right in America.  Some discuss their similar policy recommendations (eg, economic policy should benefit banks, foreign policy should be dominated by the military and advance our global hegemony). Some note how both Left and Right are OK with lies to start our wars in Iraq and Afghanistan, and to support torture and shred our civil liberties.  Some discuss their similar method of gaining public support: use exaggeration of threats to build fear that stampedes the public (DDT, ALAR, nuclear winter, climate change, government debt, creeping Sharia, al Qaeda).

This raises another question with which I’ve long grappled: magnitudes. Magnitudes matter.  While similar, which party does this the most — and the most egregiously?

A speculative diagram by Crittenden Jarvis.

Pacific Standard – We aren’t the World