[ by Charles Cameron — a striking image from the Cassini probe, a “spiral” staircase ]
.

Spirals, which are close to concentric circles and close to ellipses, can also be “squared” or “oblonged” — pattern recognition is not always neat in its observation of definitions, and this can as easily be a cognitive feature as a bug:

Besides, Plus ça change, plus c’est la même chose could almost be the motto for pattern recognition, emphasizing the naturally cross-disciplinary, cross-silo nature of analogical cognitive strategies.

The top panel image is of the North Pole of Saturn, as recently captured by NASA’s Cassini mission. As blog-friend Bryan Alexander notes at Infocult, NASA says of this image, which it calls The Maelstrom:

The vortex at Saturn’s north pole — seen here in the infrared — takes on the menacing look of something from the imagination of Edgar Allan Poe.

[ by Charles Cameron — this post is useless and a delight, if you catch the same drift I do ]
.

Well you know me, I love juxtapositions and variations on a theme, and I have a keen interest in applying them with intelligence to Intelligence — especially where it meets Religion — so this one’s a natural!

I mean, you might think the upper panel was an IC logo since it uses the word “intel”, but it’s not — it’s the long-time logo for a brand of computer chips from Intel Corp — now found in both PCs and Macs.

But the IC was not to be outdone, and — mirabile dictu — has responded with its own “inside” logo. Intel is fine, you see, but frankly Tao is better.

My own preferred Taoist text is that of Chuang Tzu‘s Inner Chapters — “chapters inside” one might almost say — which you can find translated by the excellent Burton Watson in Chuang Tzu: Basic Writings.

Open it up, go inside… 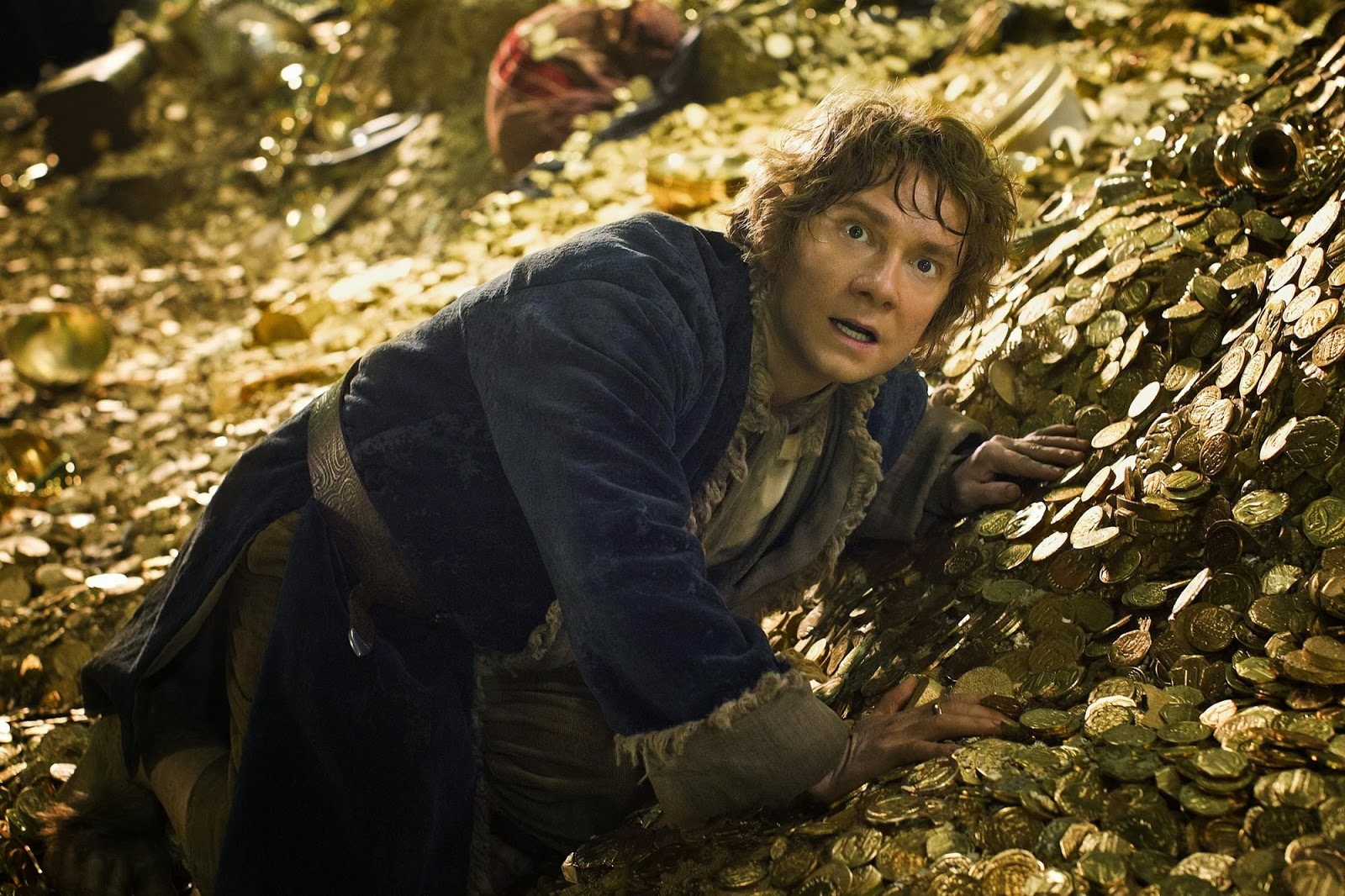 Bilbo cowering at the approach of Smaug’s henchmen,  Darth Vader and Magneto

My review of the first Hobbit movie was blistering.

The second Hobbit film, The Desolation of Smaug, is such a travesty, I lack sufficient words to describe it. It makes the first movie look like a faithful adaptation. Most of the plot consists of Jackson’s own inventions to stretch out a filler of a movie [ SPOILER ALERT]

In a nod to trendy issues dear to the heart of American liberal feminist ideologues, he has added the she-elf superhero Tauriel, Captain of King Thranduil’s guards. She is the GI Jane of the Wood-elven kingdom with a soft spot for the forbidden love of Dwarven suitors

Legolas (or rather Prince Legolas) is injected into the film. He has an unrequited crush on Tauriel that wastes some screen time, but his combat power far exceeds what he demonstrated in Lord of the Rings at Helm’s Deep and Minas Tirith. He is a combination of Hawkeye and Wolverine, except more dangerous. Really, the implication of this film is that an elf army should have no trouble marching from here to Mordor, storm the Dark Tower and kick Sauron in the keister. The Terminator was less lethal than an angry Legolas..

The Orcs have their own operationally impressive SEAL Team Bolg, able to invade enchanted Elven fortresses or Lake Town – though once in combat they all have the same life expectancy as Stormtroopers with similarly inexhaustible numbers.

While the hapless dwarves need to be repeatedly saved by she-elves and Bilbo, once in Erebor they can swing from huge chains, outmaneuver dragons and operate massive machinery despite leaving a bunch of dwarves back in Lake Town

Bard the Bowman, political activist – because supreme executive power derives from a mandate from the masses

Bilbo inexplicably takes off his Ring and becomes visible to Smaug even though Smaug has indicated he will kill him and then, of course, he does not.

The film is visually impressive and probably works for everyone who has never read the book or who likes fan fiction mash-ups but it left me with the impression of Jackson as a petulant, spoiled child taking pleasure in each ridiculous change to J.R.R. Tolkien’s story he could shoehorn in across three movies

Posted in #FAIL, movies, Tolkien | Comments Off on Peter Jackson’s Cinematic Defecation on the Tolkien Estate

— do you believe in angels?

And or — do you put your trust in what Adam Smith called the Invisible Hand?

Or is this more your style?

As for myself, I believe the world is depleted when apsaras are absent from the skies above us:

Posted in Uncategorized | Comments Off on Sunday surprise XII: of elves, djinn and more

At a snail’s pace

[ by Charles Cameron — leap frog in very slow motion, and leap razor too ]
.

As a poet, I don’t much like that old saw about a picture being worth a thousand words — but there’s a density of information in each of the images below that’s worth considering:

Two very striking images, in parallel, juxtaposed. What can we read into them, or out of them?

There’s power in images, and even more in juxtapositions.

If one picture is worth
a thousand words,
what’s a bunch of Wordsworth?