Archive for the ‘Andrew Marshall’ Category 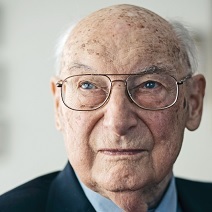 Famed founder of the Office of Net Assessment, Andrew Marshall passed away today at the age of 97, having retired only in 2015 from the Pentagon job he held continuously since his appointment by President Richard Nixon in 1973. Marshall, affectionately known as “Yoda”,  was nearly the last of a generation of deeply influential of Cold War strategists who shaped American national security, a group including Albert Wohlstetter, Herman Kahn, Fritz G.A. Kraemer, James Schlesinger and Henry Kissinger.

The subject of a recent biography and the occasional academic study, the highly secretive Marshall, over the course of decades sponsored the careers of hundreds of civilian policy makers, academics and military officers, many of whom went on to hold responsible government posts, including some of the highest appointive and elected positions in the United States, the vast bulk of Marshall’s work at the Office of Net Assessment remains classified. Nevertheless, both the Soviet KGB and later China’s military leadership estimated Marshall’s contributions to American defense thinking and posture to be of paramount importance.

RAND, the think tank where Marshall had worked on questions of American nuclear strategy prior to joining the Nixon administration, released this obituary:

The RAND Corporation notes with profound regret the passing of Andrew W. Marshall, 97, a RAND researcher who went on to serve for more than four decades as director of the Department of Defense’s Office of Net Assessment, which contemplates military strategy decades into the future. He held the position from 1973 to 2015, retiring at age 93.

Andrew Marshall/RAND Corporation photo
After studying economics at the University of Chicago, Marshall joined RAND in 1949 when the nonprofit research organization based in Santa Monica, California, was barely a year old. During his 23-year affiliation with RAND, he researched Soviet military programs, nuclear targeting, organizational behavior theory and strategic-planning, among other concepts.
“Andrew Marshall was one of the nation’s most respected and far-sighted defense experts,” said Michael D. Rich, president and CEO of RAND. “He was a gifted futurist and strategist who had mentored generations of researchers, both at RAND and beyond. His influence will be felt for years to come.”
Marshall was the founding director of the Office of Net Assessment, which is referred to as the Department of Defense’s “internal think-tank.” It provides the secretary of defense with assessments of the military balance in major geographic theaters, with an emphasis on long-term trends, asymmetries, and opportunities to improve the future U.S. position in the continuing military-economic-political competition.
In 2007, the first Andrew Marshall Scholarship was awarded by the Pardee RAND Graduate School, which offers a doctorate in policy analysis and is part of RAND. The scholarship is funded by a $150,000 endowment donated by former Secretary of Defense Donald H. Rumsfeld, who had known Marshall for decades.
Marshall said he was honored by Rumsfeld’s generous gesture and “proud to be associated with a RAND scholarship that will help some of the best and brightest young minds prepare for a career in public service.”

Here is a tribute to Marshall by one of his students, Sinologist Andrew S. Erickson:

Honoring the Many Contributions of Andrew Marshall, An Early Supporter and Sponsor of CMSI

….Mr. Marshall kept the distribution of his assessments extremely limited. Few people have read more than one or two of them. Even secretaries of defense were not allowed to keep copies.
The best of the assessments, according to people who have read them, compared Russian and Chinese strategies against American war plans, finding the weaknesses of the Pentagon’s approach and pushing for improvements. He urged the Pentagon to develop not single war plans but ones that would cover myriad scenarios.
Mr. Marshall began focusing on China in the mid-1990s. He was the first Pentagon official to talk about an emerging great power competition with Beijing, an idea now embraced by Pentagon leadership.
“His view was that because of the sheer size and potential economic weight” of China, it “could become a competitor over time,” General Selva said. “That proved to be a good question to ask, and that has started to play out.”
In 2009, Robert M. Gates, the defense secretary at the time, asked Mr. Marshall to write a classified strategy on China with Gen. Jim Mattis, the future defense secretary.
Mr. Marshall believed that American military planners had little understanding of what Chinese regional or global ambitions were. Deterring conflict in the future would be impossible if strategists were blind to the competition, he maintained.