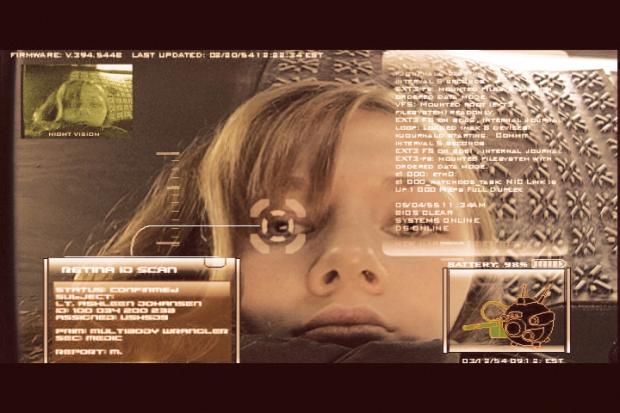 WIRED magazine so far is the only outlet to report on this nasty Creepy-State digital authoritarianism buried in the cosmically awful proposed Immigration “Reform”bill:

Biometric Database of All Adult Americans Hidden in Immigration Reform

….Buried in the more than 800 pages of the bipartisan legislation (.pdf)  is language mandating the creation of the innocuously-named “photo tool,” a massive federal database administered by the Department of Homeland Security and containing names, ages, Social Security numbers and photographs of everyone in the country with a driver’s license or other state-issued photo ID.

Employers would be obliged to look up every new hire in the database to verify that they match their photo.

This piece of the Border Security, Economic Opportunity, and Immigration Modernization Act is aimed at curbing employment of undocumented immigrants. But privacy advocates fear the inevitable mission creep, ending with the proof of self being required at polling places, to rent a house, buy a gun, open a bank account, acquire credit, board a plane or even attend a sporting event or log on the internet. Think of it as a government version of Foursquare, with Big Brother cataloging every check-in.

“It starts to change the relationship between the citizen and state, you do have to get permission to do things,” said Chris Calabrese, a congressional lobbyist with the American Civil Liberties Union. “More fundamentally, it could be the start of keeping a record of all things.”

….“The most worrying aspect is that this creates a principle of permission basically to do certain activities and it can be used to restrict activities,” he said. “It’s like a national ID system without the card.”

For the moment, the debate in the Senate Judiciary Committee is focused on the parameters of legalization for unauthorized immigrants, a border fence and legal immigration in the future.

The committee is scheduled to resume debate on the package Tuesday.

This provision is flatly unconstitutional, but the Bill of Rights is not held in high esteem by most members of Congress or the largest donors to the Democratic and Republican parties. Big Data  corporations intend to make enormous profits helping advocates of Big Government transform the “normal” of American life into what formally used to be considered appropriate for inmates in a minimum security prison.

Could a far less intrusive scheme be devised to validate employment status? Sure, but that would not hand bureaucrats and stringpullers of the Oligarchy enormous leverage to use someday over every man, woman and child in the United States.

Imagine, you have offended some local worthy with your letter to the editor or your campaign donation to their opponent and suddenly….your debit and credit cards stop working, your employer can no longer issue you your paycheck, you can’t enter any public facilities (the biometric scan rejects you as a “security threat”), the local hospital can’t provide you with medical care (“Access to records denied”). Maybe your driver’s license is suddenly void and the authorities therefore remotely disable your “smart car”. In a keystroke, you can be cyberoutlawed.

To where will you go to escape a powerful person manipulating an omnipresent data system? Or fix a “simple” computer error that is putting your entire life on hold? Or if a hacker gains access to your biometric records?  There are few good and reasonable uses for this kind of system, an enormous number of bad ones and none at all that justify being incorporated into an even a semi-free society.

The digital road to serfdom is being legislated one deceptively presented unread bill at a time.

This entry was posted on Monday, May 13th, 2013 at 2:59 am and is filed under 21st century, America, Creepy-state, dictator, dystopia, extremists, Failed State, government, internet, Oligarchy, state failure, tech, threat, totalitarianism. You can follow any responses to this entry through the RSS 2.0 feed. Both comments and pings are currently closed.