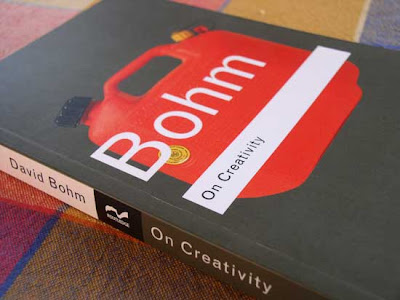 On Creativity by David Bohm

A former student, now an adult, stopped by and gave me a copy of of On Creativity by the late and controversial quantum physicist David Bohm. Thumbing through quickly, On Creativity had an air of consilience to it that I think I will find enjoyable, though I am not sure I will agree with Bohm’s conceptions of thought and mind. At least, the book should challenge some of my preconceived opinions.

This entry was posted on Friday, January 27th, 2012 at 3:37 am and is filed under 20th century, 21st century, analytic, brain, cognition, consilience, creativity, psychology. You can follow any responses to this entry through the RSS 2.0 feed. Both comments and pings are currently closed.

11 Responses to “Book: On Creativity”