Halting Problem, P and NP to start with.. chyrons &c 33

{ by Charles Cameron — including off and on security clearances, Biden and personal space, Trump and groping, kissing, Sovereign Citizens, a billion dollar swindle, and a cruise named Conspira-Sea — and on and on ]
.

So, Fox had a chyron gaffe —

Trump will put $100 billion into a slush fund so he doesn’t have to deal with budget cuts:

Republicans have spent a generation complaining about deficits, government spending and attacking a so-called “big government.” Yet, within just a few years the entire party has turned 180 degrees.

and a nice paradox:

If P gets things right then it lies in its tooth;
and if it speaks falsely, it’s telling the truth!

Where did I get that?

If it was Dr Seuss, I’m betting he’d have employed and enjoyed pee (male) and queue (female), which would have made youthful readers giggle and blush.

That’s Epimenides territory btw, as in “all Cretans are liars”.

Getting back to news chyrons — I wasn’t awake to catch this when it showed up on Morning Joe, but a piece on RawStory pointed me to it:

Once again, we’re just looking through a glass darkly, and have no idea what Mueller

I would love to play poker with the president because he’s a walking bundle of tells.

Donald Trump: We’ll keep it closed for a long time. I’m not playing games.
Kellyanne Conway: It is certainly not a bluff.

You don’t have to the the former Secretary of Homeland Security to know you can’t shut down a 1,900 mile border. It’s a little like decreeing that it should stop raining..

[all of them Mexico?]

Cutting off aid is the exact wrong thing to do ..

Note the lovely symmetry there, equivalent to projection

You can’t be playing Ducks and Drakes and releasing selectively some quotes here and some quotes there..

That’s Dean Smith’s four corners offense, I know about it. Thanks for the basketball recap. .. This isn’t basketball at all, but there is a question of game-playing here ..*****

This was re Barr timing the release of the Mueller report (after his redactions) to April 15, when Congress wld be away from town on a 3 week break..

A picture’s worth a thousand words everybody. Natasha, you take this: if we get a New York Times top of the fold picture >of a whole page blacked out .. There isn’t going to be much white left on that page ..

Is Donald Trump considered a third party because he wasn’t charged?

I just want to go back really quickly to the question of whether ethics and morals matter. If you’re a morally vacuous person, that makes you more susceptible to beinf blackmailed by a foreign country .. It’s a very big national security issue, and I think that that is the lens through which we have to view this ..

Trump has been so inhumane to close the border to refugees, some of whom are climate refugees today, because of the drought..

a full spectrum of information warfare, essentially, against Jeff Bezos, the Washington Post and Amazon ..

If it’s true, it’s as real and immediate a threat to free speech in the US as one can possinbbly imagine, if a foreign government that doesn’t like dissidents speaking out of turn so much that it murders themessentially attempts to blackmail and destroythe paper which covers is.

And not just the First Amendment, but we have to remember that Amazon right now is bidding on a ten billion dollar Pentagon cloud storage contract, here as well ..om there are tremendous national security implications

There’s even a book about it —

— a book-length sports metaphor***** for the current presidency?

Author Rick Reilly describes the President as a “prolific cheater” ..

Two major pieces on forms of the extreme associated with the right:

And from that article, an aptly named car:

Mr. Morton’s sentencing was set for that June. But when the 11 a.m. hearing started, he didn’t show. Agents spotted him that afternoon outside a Domino’s in Hermosa Beach, a gray hood and sunglasses shrouding much of his face. He hopped in his white Ford Escape and headed south.

and an aptly named cruise:

Worth reading, and really worth knowing about the loosely-defined, quasi-religious Sovereign Citizens movement.

There are two forms of interest here — the vicious circle, a quintessential ouroboric concept, and the implied symmetry in “jihadists and the far-right not only reflect each other, but feed off each other”..

But the CSM piece I really want to direct your attention to is one written by blog-friend Ann Scott Tyson and quoting blog-friend JM Berger– — who was also quoted in the NYT SovCit piece above:

“This is a much bigger global challenge than it is a challenge just in New Zealand or just in the U.K., with Britain First, or just in the U.S. with the [Ku Klux] Klan and a range of other neo-Nazi and white supremacist groups,” says Seth Jones, director of the Transnational Threats Project at the Center for Strategic and International Studies. “There’s a broader collective concern here.”

This just in before I go.. another symmetry observed: 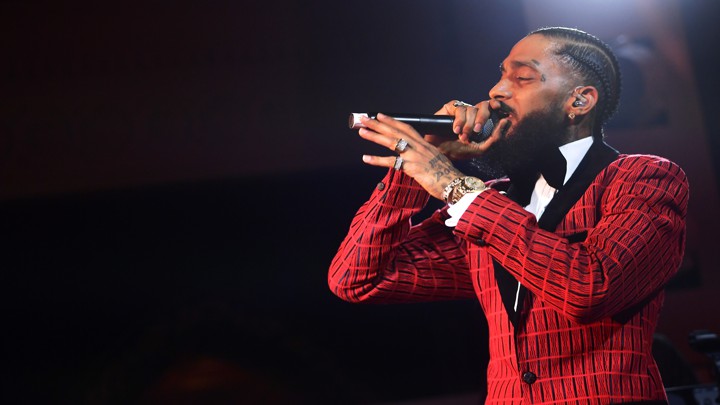 The cruel irony of Hussle’s murder is that he was the victim of the type of urban violence he had long tried to remedy: The day after his death, he was scheduled to participate in an LAPD anti-street-violence meeting.

This entry was posted on Wednesday, April 3rd, 2019 at 2:06 am and is filed under alt-right, amazon, borders, central america, Charles Cameron, clearance, computers, conspiracy, donald trump, jihad, metaphor, Mexico, msnbc, mueller, music, saudi arabia, sovereign citizen, sports, Uncategorized, warren. You can follow any responses to this entry through the RSS 2.0 feed. Both comments and pings are currently closed.