A Tale of Two Victories and Two Falls

My co-blogger Charles Cameron is fond of his “DoubleQuotes” postings that feature frequently uncomfortable juxtapositions designed to prod thinking. Here’s a wordier one from me:

….Planning for a second term has been under way for months, with Lew and Pete Rouse, the counselor to the president and Obama’s internal management guru, preparing lists of possible promotions and nominations. The staff process has been gossiped about by the staff, but details have been kept secret, even from insiders.

“They haven’t even made calls. People haven’t been asked,” said a Democrat familiar with the situation. “They’re more targets than they are potential nominees.”

Attorney General Eric Holder and Transportation Secretary Ray LaHood might not be far behind — or may even beat them out the door.

There’s also a growing list of people the administration is looking to find spots for: Massachusetts Gov. Deval Patrick most of all, as well as former Michigan Gov. Jennifer Granholm and outgoing North Dakota Sen. Kent Conrad.

Obama has overseen one of the most stable cabinets in history — the only departures have been Defense Secretary Robert Gates, and Gary Locke and John Bryson from Commerce. But what’s about to happen amounts to an almost full-scale second transition: 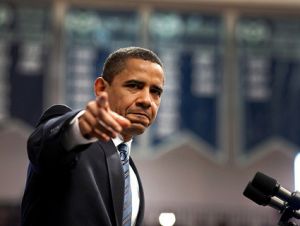 ….At eleven o’clock in the morning, Nixon met with his staff in the Roosevelt Room. To many in the room he seemed oddly cool and quietly angry as he thanked them all for their loyalty and said something few of them understood. He said that he had been reading Robert Blake’s Disraeli and was struck by his description a century ago of William Gladstone’s ministers as “exhausted volcanoes” – and then mumbled something about embers that once shot sparks into the sky.

“I believe men exhaust themselves in government without realizing it” the president said “You are my first team, but today we start fresh for the next four years. We need new blood, fresh ideas. Change is important…..Bob, you take over.”

Nixon left then, turning the meeting over to Haldeman. The men and women of the White House stood to applaud his exit, then sat down. The chief explained what Nixon’s words meant: a reorganization of the administration. He told them that they were expected to deliver letters of resignation before the end of the day, then passed out photocopied forms requiring them to list all official documents in their possession. “These must be in by November 10,” he said. “This should accompany your pro forma letter of resignation to be effective at the pleasure of the President”. They were stunned. Speechless. Were they being fired? Haldeman said they would know within a month whether or not they could remain. At noon, the same drama was played out with the entire Cabinet, with Haldeman again passing out the forms.

Ironically, one of the many Cabinet secretaries Nixon ignominiously fired in his bid to centralize power in his White House staff was his former 1968 primary rival, HUD Secretary George Romney, father of 2012 Republican nominee, Governor Mitt Romney.  A blow from which George Romney’s political career never recovered. Nixon’s relationship with Romney had been an acrimonious one, formally polite on the surface with public shows of confidence by Nixon and machiavellian intrigues behind the scenes to undermine Romney and reverse the policies he had been advancing in Nixon’s name.

This latest Cabinet reshuffle to build a “Team without Rivals”, comes in the context of an explosive story, the abrupt resignation Friday of CIA Director General David Petraeus, citing an extramarital affair and accepting responsibility for “extremely poor judgment” and “unacceptable conduct”. The affair, allegedly conducted with his official biographer, came to light during a still not fully explained FBI investigation into unauthorized accessing of Petraeus’ private email account. The resignation of the highly regarded General Petraeus comes just before he was expected to testify before Congress regarding discrepancies and questions in the administrations handling of the terrorist attack in Benghazi that killed Ambassador Chris Stevens and other Americans. It also coincides with the Secretary of State Hillary Clinton, declining to testify.

It is difficult to say if General Petraeus public career will survive this scandal that he has brought upon himself, an action which stands in jarring contrast to his sterling, some might say superhuman, record of service to America, or if he will, like George Romney, fade away. Certainly, the CIA badly needed to stop the revolving door on the Director’s office and have a strong, visionary, hands-on leader who could reform and invigorate the Agency not merely in terms of covert action but in terms of rebuilding of capacity in deep cover clandestinity and the acquisition of strategic intel. I do not often find myself in agreement with Senator Feinstein but she is correct, this resignation hurts because it is also a significant institutional opportunity cost for the IC. I too wish it had not been accepted  – at one time it wouldn’t have been – but that is the President’s prerogative.

What however are the real issues? What should we be looking for?

Two things: As with Richard Nixon’s second term machinations, with such sweeping changes personnel changes in the offing for the Obama administration, ask yourself as events unfold: “Where is power flowing? And Why?”

If you do you will be in a better position to game out the direction of the next four years, especially in foreign policy and national security.

The White House has attempted to sell a story that the FBI doing a low-level harassment investigation  stumbled upon a security breach and – on their own authority, mind you – tapped the email account of the Director of the CIA and kept him under surveillance and investigated his mistress and, oh, yeah, the President was only informed of this business after the election on Thursday. Wait! And the DNI ( a three star general whose career was primarily intel administration) on his own initiative called the CIA Director ( a four star general and former theater and combatant commander) in on the carpet told him to resign. Right.

No, what most likely happened was that the minute the special agents realized who was involved in their investigation and the magnitude of the implications, they stopped and informed their superiors and the matter went up the chain to the FBI Director’s desk. The FBI Director, a former prosecutor with a political antennae circumspect enough to be appointed by George W. Bush and have his term be extended by Barack Obama, would have duly informed the Attorney-General of the United States before proceeding further and – I expect – the National Security Adviser, White House Chief of Staff and the DNI. Worst case scenario thinking in terms of national security would have been one driver. Another would be the fear of an all too juicy story leaking and the media catching an unbriefed POTUS unaware on the campaign trail with a blockbuster scandal before the election. How would that have gone over?

I would further expect that we will in the next few days and weeks hear the most salacious contents of the emails between Petraeus and his biographer, leaked by anonymous officials, timed to coincide with difficult days of testimony regarding Benghazi or new appointments to the administration that could, on a slow media day, prove controversial.

Instead of being distracted by prurient nonsense unrelated to the stewardship of the Republic, time would be better spent scrutinizing the host of nominations to come, not as individuals but as “teams” for particular areas of national security and foreign affairs cutting across bureaucracies – ex. arms control, Russian relations, Mideast etc. What commonalities or congruencies emerge?

I suggest this because back when the Obama administration decided on their “pivot” to Asia, the people they selected for second to third tier workday management related to the Asia-Pacific region were all accomplished, decent, honorable public servants, but their greatest common characteristic was a lack of any professional expertise with China. We saw the same personnel gambit with the Bush administration in the run-up to the war with Iraq where the greatest disqualifier for a job with the CPA was familiarity with the Arab world, Islam or Iraq. When you want careful stratagems, you solicit the advice of experts; when you want grand and revolutionary gestures, the wheels of policy are better greased with bold ignorance. There’s a reason Nixon appointed William Rogers Secretary of State – he knew the State Department bureaucracy would largely oppose his foreign policy initiatives and he wanted someone ill-suited and uninformed in charge there who he could more easily manipulate and keep in the dark.

The story unfolding is no longer the “smoking gun” or the compromising jigsaw piece but the entirety of the puzzle.

25 Responses to “A Tale of Two Victories and Two Falls”