[ by Charles Cameron — a wargame so different from chess and go… ]
. 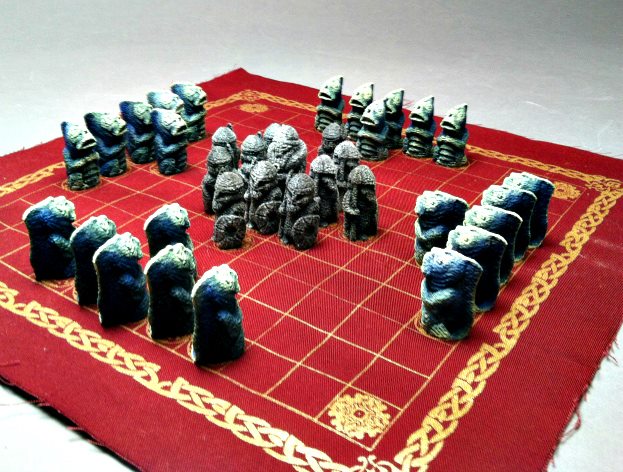 A modern version of Hnefatafl, via Sources and Methods

As I noted in a comment at the time, I was deadly envious of Zen‘s recent post, The VA bows Before Mjolnir, but I feel a little better now that I can make my own post about Hnefatafl, which Kristan Wheaton recently characterized as The Ancient Viking Game Every Intelligence Professional Should Play.

I really, really like the asymmetry of this game — WTG, Norsepersons!

This entry was posted on Monday, July 29th, 2013 at 12:35 am and is filed under Charles Cameron, games, myth, norse, Uncategorized, warriors. You can follow any responses to this entry through the RSS 2.0 feed. Both comments and pings are currently closed.