zenpundit.com » Blog Archive » Jihad for all Seasons: Review of Storming the World Stage (in PRAGATI)

Jihad for all Seasons: Review of Storming the World Stage (in PRAGATI) 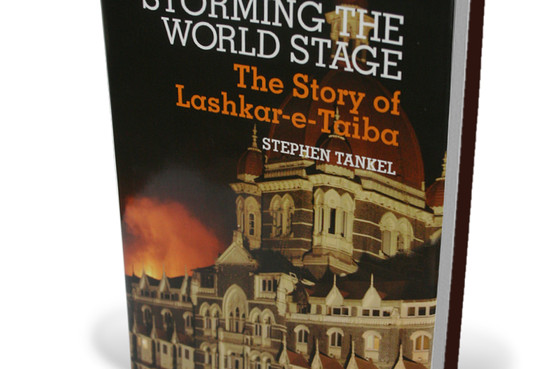 Storming the World Stage: The Story of Lashkar-e-Taiba by Stephen Tankel

PRAGATI, India’s National Interest Review magazine has published my review of Dr. Stephen Tankel’s book on Lashkar-e-Taiba, titled Storming the World Stage. The article is not yet online (I will add the link when it is released) but the issue digest PDF version is below:

“Jihad for all seasons”

….Carnegie and RAND scholar Stephen Tankel has endeavored to demystify and deconstruct LeT in his meticulously researched book, Storming The World Stage: The Story of Lashkar-e-Taiba and bring into the light the complex relationships that entwine LeT with the Pakistani state and the subterranean universe of radical jihadi politics.  Conducting extensive interviews with Islamist militants, Western and Indian intelligence officials, Pakistani politicians and ISI officers and buttressing his narrative with sixty-three pages of end-notes, Tankel has produced a portrait of Lashkar-e-Taiba that is accessible to the layman while remaining a methodical work of scholarship.

…. An organisation that, like Hezbollah, is state-sponsored but not controlled, Lashkar-e-Taiba is suited for waging what military analyst Frank Hoffman terms “Hybrid War”, but how LeT would play that role in an Indo-Pakistani War is left to the reader’s inference. LeT also demonstrated in Mumbai a fluid tactical excellence in its use of off-the-shelf technology, small arms and mobility to reap an enormous return-on-investment by attacking soft targets, much along the asymmetric lines advocated by warfare theorist John Robb. Tactics that are a critical threat to any open society by forcing it to take preventive measures which are ruinously expensive and contraindicated to keeping society free and democratic….

7 Responses to “Jihad for all Seasons: Review of Storming the World Stage (in PRAGATI)”