Steve Pressfield was invited to accompany General Mattis, USMC Commander of JFCOM, on the latter’s fact-finding mission in Afghanistan and blogged a colorful four part series that mixes policy observations with travelogue: COIN doctrine, counter-insurgency theory, says “protect the people” comes before “kill the enemy.” In meeting after meeting we heard all the right things from officers and civilian leaders who were earnest, brave, well-intentioned, smart, sincere, hard-working and absolutely decent and ethical.  We heard about construction projects and rules of engagement and mitigating civilian casualties, about liaising with tribal elders and managing escalation of force and irrigation and extracting resources and using local people, defeating the corruption of the Karzai regime, delivering good governance, etc.  But I didn’t see any Afghans in the rooms.  I didn’t see any in the PRT sessions (the meetings with the Provincial Reconstruction Teams.)

….Maybe Vietnam is the culprit-the U.S.’s last unhappy experience with a conscripted army. Maybe blame can be localized to whatever forces or events turned the U.S. electorate off to the idea that every citizen 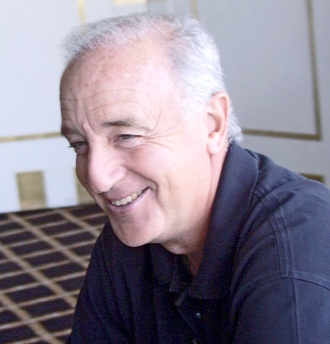 owes service to his country-and decreed that 100% of the burden for defending our nation be borne by 5% of its citizenry.  The all-volunteer military is probably the most highly functioning sector in American society and the only one in which the public still places full faith. But our troops are out here alone in space. They can hack it. In their own way they relish it.  But that’s a lot of weight on their shoulders-and lot on Gen. McChrystal’s. “Today in America,” says Navy Capt. Kevin Sweeney, Gen. Mattis’ executive assistant, “if you don’t have a son or husband or a neighbor who’s in the military, you don’t even know there’s a war on. You see film on the news but the fight seems a million miles away, and you don’t want to hear about it anyway. It’s someone else’s problem. I don’t blame people. Who wants to ruin their dinner, hearing about civilian casualties and suicide bombers? But it’s happening. We’re here and this is a real fight and somebody ought to know about it.”

Foreign Policy (Robert Haddick) –This Week at War: Is This the Week Mexico Lost the Drug War?

Hmmm….to use the Iraq War analogy, it might be approaching 2006 in Mexico. Hat tip SWJ Blog.

Despite advanced case of clientitis, the article has some useful information on emerging Sino-African relationships.

….The sting in the tail is that by paying less attention, we are less able to counter-argue what the ad is communicating. In effect we let our guard down and leave ourselves more open to the advertiser’s message.

“This has serious implications for certain categories of ads, particularly ads for products that can be harmful to our health, and products aimed at children.

“The findings suggest that if you don’t want an ad to affect you in this way, you should watch it more closely.”

This entry was posted on Monday, March 22nd, 2010 at 1:14 am and is filed under recommended reading, recommended viewing. You can follow any responses to this entry through the RSS 2.0 feed. Both comments and pings are currently closed.

One Response to “Recommended Reading”