Colonel David Maxwell, who has probably forgotten more about North Korea than I ever knew in the first place, has an insightful analytical piece up at SWJ Blog:

Irregular Warfare on the Korean Peninsula

….This paper is written with the concepts of “military misfortune” in mind. In Eliot Cohen and John Gooch’s seminal work on military failures, they determined that militaries are generally unsuccessful for three reasons: the failure to 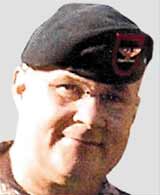 learn, the failure to adapt, and the failure to anticipate. This paper will recommend that the ROK-US alliance learn from operations in Afghanistan and Iraq, adapt Irregular Warfare concepts to the security challenges on the Korean Peninsula and anticipate the collapse of the Kim Family Regime and the complex, irregular threats that collapse will bring.

The conventional wisdom would postulate that the worse case situation would be an attack by the north Korean military because surely the devastation and widespread humanitarian suffering as well as global economic impact would be on a scale that would far exceed any crisis that has occurred since the end of World War II. While that could very well be the case, there is little doubt about the military outcome of an attack by the north on the South and its allies and that would be the destruction of the north Korean People’s Army and the Kim Family Regime. Victory will surely be in the South’s favor; however, this paper will argue that the real worse case scenario comes from dealing with the aftermath; either post-regime collapse or post-conflict.

Maxwell’s operative assumptions are particularly good. I especially like:

….The fifth and final assumption is that while some planning has taken place to deal with north Korean instability and the effects of Kim Family Regime collapse, there has been insufficient preparation for collapse. Furthermore, in addition to planning for collapse, actiocan and should be taken prior to collapse in order to mitigate the conditions and deal with the effects of collapse of the Kim Family Regime. Unfortunately, despite some planning efforts tocounter specific irregular threats, the ROK, and the US in particular, has been distracted by the very real and dangerous threat of north Korean nuclear weapons and delivery capabilitiesproliferation of same while at the same time ensuring deterrence of an attack by the north. Deterrence is paramount and the nuclear problem is a critical international problem; however, successful deterrence over time will likely result in the eventual collapse of the regime and the associated security and humanitarian crises that it will bring.

In other words, not only are US and ROK policy makers not preparing for the most probable second and third order effects of a North Korean collapse scenario, but the status quo on the Korean penninsula represents a wicked problem that is essentially a trajectory toward a worst case scenario collapse.

This entry was posted on Thursday, December 2nd, 2010 at 5:49 am and is filed under 4GW, academia, America, analytic, asia, china, Failed State, foreign policy, futurism, geopolitics, government, intellectuals, military, national security, north korea, nuclear, security, state failure, strategy, Strategy and War, war, warriors. You can follow any responses to this entry through the RSS 2.0 feed. Both comments and pings are currently closed.