We should begin this review with “Full Disclosure“:

I just finished reading The Profession by Steven Pressfield, which I enjoyed a great deal. Steve sent me an earlier draft doc of the book and I consider Steve a friend. Furthermore, in an extremely gracious gesture, Steve granted me (or at least zenpundit.com) the novelist’s equivalent to a walk-on cameo appearance in his book. Therefore, if you the reader believe that I cannot review this book objectively…well….you are right. It’s not possible 🙂 . Here are some other reviews by Shlok Vaidya, Greyhawk of Mudville Gazette and Kirkus if you want greater impartiality.

Nor am I going to delve into the mechanics of the plot structure and action sequence in The Profession. For one, I think too much of the story in a review of a work of fiction spoils the enjoyment for the group of readers who would be most interested. And you can get the blow by blow elsewhere.

Instead, I would like to draw your attention to how Pressfield has written this novel differently. And why that matters.

There is plenty of action in The Profession and the book really moves. It is violent, but not at a Blood Meridian level of cruelty and the murky political intrigue that surrounds the hero, the mercenary’s mercenary and “pure warrior” Gilbert “Gent” Gentilhomme, is a nice counterpoint to physical combat and technical military details. Many people will enjoy the novel on this level and The Profession would 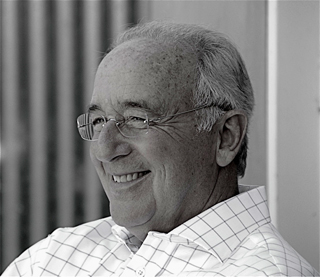 make for an exciting action film. Or perhaps a series of films along the lines of The Bourne Identity or those Tom Clancy movies with Harrison Ford. All well and good. But that is not why The Profession is worth reading – that’s merely why it is fun to read.

What surprised me initially about The Profession was how unlike Killing Rommel it was. Killing Rommel also had war and adventure, but it was a deep study in the character development of Chap, the protagonist, who had enough of a textural, cultural, authenticity as a young gentry class British officer of the WWII period as to make Killing Rommel seem semi-biographical. As a reader, I didn’t much care if Chap and his men succeeded in killing Rommel, only that I would be able to continue to see the story unfold from Chap’s perspective. Many artists believe characters and character interaction are the most important element in a story, from Saul Bellow to Quentin Tarantino. Their stories are captivating even though their narratives are not always particularly logical or centered on a grand conflict.

The Profession is not like that at all. In my view, Pressfield turned his creative energies, his knowledge for military affairs and his formidible ear for history away from character development and toward theme. This difference may or may not explain his own reports of difficulty in wrestling with this novel.

Reaching back to the lessons learned from late Republican Rome, Thucydides, Xenophon and seasoning it liberally with Machiavelli, Pressfield’s 2032 near-future is also jarringly allegorical with America of 2012. Like Rome of the 1st century BC or Athens after it’s defeat in the Peloponnesian War, America in The Profession is strategically paralyzed, politically polarized and teetering on the precipice of decay and decline. These historical inspirations have been mashed up with a dystopian 4GW world, filled with mercenary PMCs like Force Insertion and The Legion, terrorists, drones, tribes, criminal corporations and and a devious and cowardly global financial elite. A future more evenly distributed from the present.

The antagonist against whom the plot is structured is not the story’s nominal villain terrorist, but Gent’s Homeric father-figure, former Lieutenant General James Salter, USMC,  “the crawling man” who was martyred, disgraced, exiled and redeemed as the new master of Force Insertion’s Mideast deployed “armatures” (combined arms divisions) and the book’s geopolitical apex predator, who boasted:

” I was obeying a more ancient law”

This marks a drastic shift in Pressfield’s use of characters from people existing in themselves with humanistic nuances to their use as philosophical archetypes to better express the theme, more like the technique of Fyodor Dostoyevskii, Victor Hugo or Ayn Rand.

The interplay between the kinetic Gent and the increasingly totemic Salter elucidates a theme that is creating tectonic political shifts in America and the world; a theme which is expressed explicitly to Gent at one point by the ex-Secretary of State, Juan-Estebaun Echevarria. The ex-Secretary plays Cicero to Salter’s Caesar, but Gent is ultimately cast in the role of a very different Roman by the manipulative Salter. Pressfield, in honing the various characters, including AD, Maggie Cole, El-Masri and others, is also drawing on Alcibiades, Critias, Livy, Homer, Robert Graves, Joseph Conrad and the pattern of mythic epics. Salter is at once a pagan chieftain and a philosopher-king, a civilized Kurtz or a barbaric John Galt, who after continuous dissembling, in a brutally honest speech, gives his followers, his enemies, Gent and even himself, no opportunity to morally evade what he has become or his reasons for what he proposes to do. A speech that resonates with the negative trends we see today.

The Profession is a cautionary tale outfitted in kevlar.

7 Responses to “Book Review: The Profession by Steven Pressfield”