zenpundit.com » Blog Archive » “The Big Picture”- the Nexus between Education and Grand Strategy

“The Big Picture”- the Nexus between Education and Grand Strategy 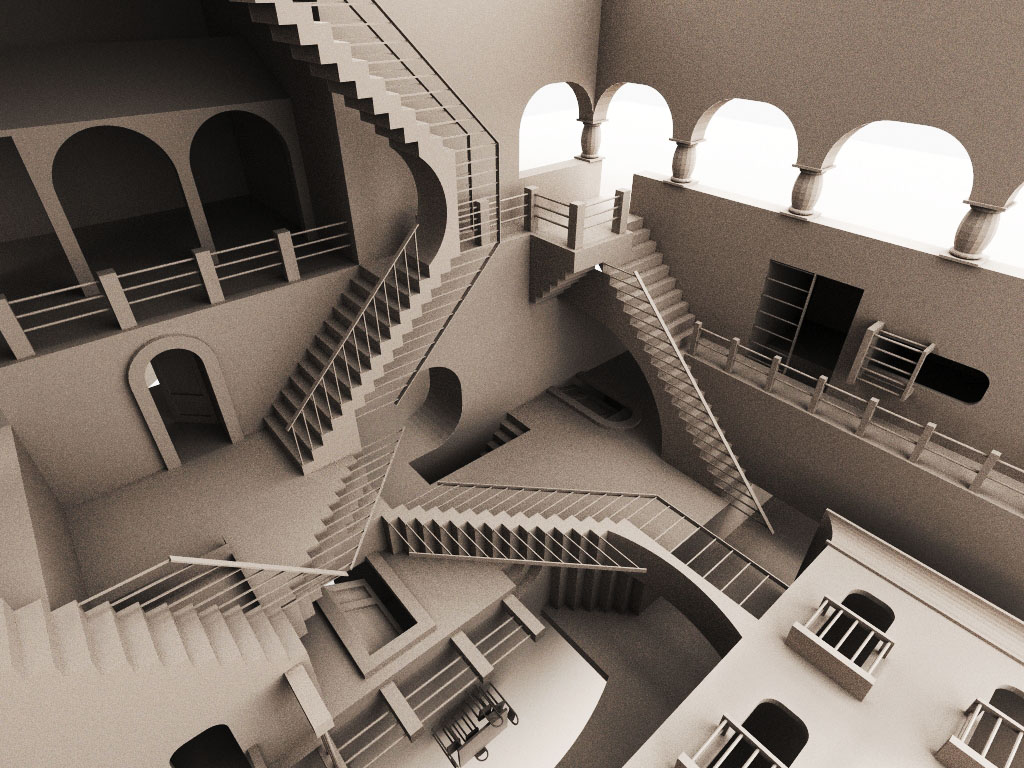 This will be the first of several related posts.

The other day, I happened to be talking to my friend Dr. Von, a physicist and educator, and he brought up a post by The Eide Neurolearning Blog, on educating children in terms of “big picture thinking”:

What is ‘big picture’ thinking? Business consultant Andrew Sobel described it as:

1. Having a simple framework
2. Using analogies and metaphors
3. Developing multiple perspectives
4. Looking for patterns and commonalities….

Instead of training for compliance, careful rule-following, and exact memorization or a paragon of crystallized intelligence, we need to make more room for ‘big picture’ thinkers – while still recognizing the need for basic skills and knowledge.….Pint-sized big picture thinkers really do exist and they seem to be over-represented among gifted children who underperform or cause behavioral disruptions in their early elementary school years. Many of these kids are ‘high conceptual’ thinkers, those who like discovering novel subjects, themes, and things that don’t make sense(“The thing that doesn’t fit is the interesting thing” – Richard Feynman), but the reason for this is often not random – inductive learners (learners who derive rules from examples) use novelties to generate new hypotheses or new rules.If you really want to teach and interest big picture thinkers, you would expose them to rich multisensory and chronologically-advanced experiences. Look for subjects, phenomena and ideas that could be compared and contrasted. Complexity should be embraced and not shunned. For big picture thinkers – complex is simple and simple is complex. Complexity often brings more meaning because there are enough examples that one can make a pattern.….Many of them are seeking the overarching framework inside which they can put their new bit of knowledge. Often these are ‘why’ kids – who need to know why something is true, not just that something is true.

The Eides have given an excellent explanation of the big picture thinker as a cognitive type and had some implied suggestions in that description on how a teacher or professor could approach students to get them thinking – models, metaphors, analogies, exposure to patterns and multiple perspectives. Note: all students willl derive some benefit from these techniques and become better at seeing the larger context. Many people can, with sufficient practice, can become significantly better, but the natural big picture thinkers are the ones who will react with insightful leaps of reasoning, imagination and questions with little or no prompting.

Unfortunately, such experiences in public schools and even our universities have become increasingly rare. Dr. Von explains why:

When I talk with students (juniors and seniors in high school) about how different subjects and classes are taught, invariably it comes down to great amounts of memorization. Most students, when you engage them in real conversations about the education they receive, will open up freely and get right to the point…because of the continued emphasis on grades and GPAs by colleges, students feel the need to focus first on memorization and get the grade on the test, and then move on to the next topic without much concern with what was just studied. When this is the case in school, has true learning just occurred? Likely not, if students are unable to recall and actually apply concepts that were covered in the past.

….To make matters worse, as students rely so heavily on memorization and short-term success on tests (and this is driven home even more in the ‘high stakes testing’ environment we find ourselves in in the era of No Child Left Behind, as resently implemented), those students, many of whom are gifted, as the Eides point out, who prefer complexity in their learning, are not benefitting from the way many (most) classrooms are run. By complexity, I mean those students who want to ‘see the big picture.’ Those students who want to know why something works, and how it is related to the material that was studied last semester as well as to the material that was covered in another class. For example, I love when students in my physics classes come to me asking about how to interpret and apply a particular integral result which was just studied in calculus class, or how Einstein’s theories changed political and military history, as studied in a history course. Those moments happen every so often, as a result of student curiosity and their wanting to truly learn about the material rather than memorize something for the test, and good teachers recognize such moments when they happen…

It falls to me to discuss why it matters: As a nation we are crippling the next generation of visionaries by retarding their intellectual growth with bad educational policy as surely as we might if we were adding lead to their drinking water.

Scientists and inventors, philosophers and artists, entrepreneurs and statesmen, individuals who conceive of and accomplish great things do not emerge from schools and colleges that emphasize low-level thinking and a curriculum without intellectual depth or rigor. They emerge in spite of them.

To force a systemic improvement in public education, the Bush administration pushed through “No Child Left Behind” with rigid timetables, mandated high stakes testing and punitive consequences for schools and districts not making standards. That is to say, the Bush administration addressed the lack of rigor in educational process with a sledgehammer – but ignored the lack of rigor in educational substance ( at least directly – under NCLB some schools had to toughen their curriculum to teach to the state test, but other schools or schools in different states dumbed down for the same reason – curricular alignment).

That NCLB forced public schools to ensure that our weakest students verifiably succeed at understanding the fundamentals is laudable. That this emphasis increasingly comes at the cost of schools only educating all their students at the level of the fundamentals is inexcusable. Perhaps criminal. NCLB is the overarching legal framework that was superimposed on a system whose content was (and often still is) frequently less than demanding and taught by instructors who themselves have not majored in the subject they are teaching.

At the postsecondary level, long before the measure and punish model of NCLB arrived at k-12 schools, colleges and universities abandoned any semblance of a core curriculum or traditional canon and undergraduate degree requirements were larded with plenty of au courant esoterica as course options. Esoterica formerly left for footnotes in dissertations or as the subject of longwinded, diatribes at the dreary meetings of extremist splinter parties. Ivy League, big state schools, small third tier colleges – it does not matter; with only a few exceptions, the “cafeteria a la carte” model of undergraduate education prevails.

While a few students absorb and become true believers of fashionable cant, most students graduate high school and college unaffected by the large amounts of rubbish and trivia they have been exposed to because it was presented without any kind of sensible context and being committed to short term memory, quickly forgotten. The real damage to students comes from the cumulative effect of the absence of substance – the waste of time where meaningful content and the pressure to think through hard problems should have been.

The costs of educational myopia are here and they will grow worse with time. We already see sharply declining public support for science (because more people are now ignorant of basic scientific literacy),  lower rates of innovation and other negative economic effects. In the area of governance, across the board, regardless of party label or ideology, we have national leaders in their 40’s, 50’s and early 60’s who see the world primarily in short-term, tactical terms and who confuse career or class interest with governing in the national interest. Oligarchy is inherently a non-strategic worldview because it eschews making choices because choices require sacrifice in the near term in order to acquire systemic advantages in the long term.

“Oligarchy” seems like a a harsh word because we think of “oligarchs” as being selfish, exceedingly greedy, political sociopaths. While such figures do exist outside of TV and the movies (Burmese junta, Iranian hardliners, Soviet politburo etc.) most people are neither particularly malicious nor eager to consciously and openly do things society acknowledges to be wrong or counterproductive. Even less so are they eager to be seen by the public as incompetent. The problem is that, frequently, people are prisoners of their own limited frame of reference and, when their conscience might be tweaked, they excel at rationalization and denial.

This is not a question of smart or dumb or of expecting politicians to be moral paragons. There’s plenty of IQ wattage inside and outside of Washington, DC and petty larceny in politics goes back to the stone age. Rather, on average, the difficulty is that our nation’s intellectual potential has not been effectively maximized. Is it reasonable to educate people in a way where all subjects are disconnected from one another, prioritizing narrow specialization, emphasizing accumulating facts over understanding principles, rewarding the “right answer” instead of the “best question”, demanding conformity instead of curiosity and then expect our leaders to be visionaries and adaptively creative statesmen who think in strategic terms?

Why would our societal orientation in complex, dynamic, fast moving situations be good when our educational system trains people only to think through simplified, linear, sequential problems? Strategic thinkers need to be able to see “the big picture” and handle uncertainty, or they cannot be said to be strategic thinkers.

The ship of state has been steered, over the last forty or so years, into an epistemological cul-de-sac and we are headed for the rocks. America needs a grand strategy for a competent citizenry in order to reach the point where it can again have a grand strategy to deal with an unruly world.