In Defense of Grand Strategy 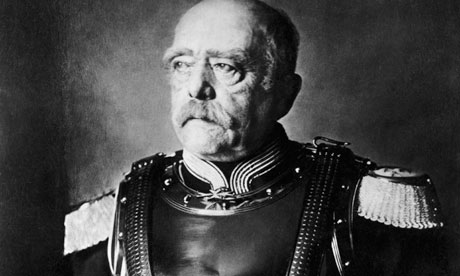 I have been involved, on and off, with another grand strategy discussion. Several discussions to be exact, one of which was prompted by Adam Elkus’s well-constructed volte-face on the concept of grand strategy. While I can find merit in many of Adam’s points regarding our dysfunctional policy-strategy process, the need to make definitive choices in order to have sound policy and our partisan epistemological crisis, I part company with him on his core argument:

….The idea of grand strategy as both policy and strategy is by definition unachievable, and the source of much confusion.  By infusing normative policy elements into strategy, this fusion turns strategy into a manifestation of ideology rather than a technical device for getting things done.  Think, for example, of how debates about regional strategy and even the tactics and operations of COIN, drones, and counterterrorism have become proxies for domestic ideological political battles. This happens, in larger part, because the policy-strategy distinction in American national security circles is extremely weak, as strategy is taken to be politics and politics becomes strategy.

Adam has further endorsed a more emphatic follow-up post by our mutual blogfriend Joseph Fouche, where, much like his fictional countryman,  Captain Renault, JF in his forcefully argued post is shocked to discover that gambling is going on in here:

Terminology Proliferation is the Escape Hatch of Politics

Who likes a brown noser?

Who likes a squealer?

Who likes the kid who gathers up his toys and goes home when he doesn’t get his way?

Who likes the guy who obviously looks out for number one?

….Policy is portrayed as the objective, virtuous, and expert pursuit of ponies for everyone. Framed this way, policy is politics without the division of power. But politics without the division of power is impossible. “Policy” is a mythical beast. ”Policy making” is mere politicking, trading one favor for another to offset one interest with another, persuading through influence when possible and enforcing compliance with violence when impossible. But this reality reeks of knavery so it must be wrapped in the most virtuous lies imaginable. Hence we see a dramatic proliferation of “policy makers” and “making policy” where we’d normally expect to see politicians and politics. WIth so many policy makers making so much policy, you’d think the good and true would be breaking out all over. But, looking around, we see nobody down here but us dumb humans, horse trading with each other to get incrementally ahead.

“Grand strategy” and “operational art” represent further efforts to divorce politics from politics through politics, leaving behind a vacuum inhabited only by virtuous technocrats. In reality, they’re both attempts by one political group to escape the power of another political group, hopefully gaining more power for themselves in the process. The formulator of “grand strategy” is often an aspiring political actor who lacks the gifts necessary for political success. So they whine from the sidelines, falling back on a passive-aggressive strategy of victimhood where they denounce expertise in politics as squalid while advocating its replacement with their own (implicitly) more virtuous expertise. They attempt to reframe political questions as technical questions best handled by professional specialists. If a political question can be reframed as a technical question, resolving it is a merely an implementation detail. Such technical minutia should be beneath most politicians. Their attention should be devoted to truly important questions, leaving details to the poor peons.

….Policy, grand strategy, and operational art are merely the continuation of politics with the addition of other layers of obscurity.

Now, the insightful Mr. Fouche is not wrong in detecting politics in strategic clothing. In my judgement, he’s very much correct.  His objection, as I infer it, to grubby political decisions within a state being regularly deferred “downward” to be made in the guise of nominally apolitical (in American tradition) operational planning, or “upward” to be masked as “technocratic” grand strategy is reasonable because it is a sign of dysfunction in our political community. He’s right – America has a systemic problem in being unable to overtly make any hard political choices through it’s formal political process.

However, being politically dysfunctional doesn’t mean that grand strategy (or policy, or operational art or whatever) in general is purely fictive or that it is always simply a deceptive substitute for an honest political process. Or that raw politics can replace all these conceptual tools equally well or better. These conceptual tools were developed as a form of intellectual specialization because politics as a general and broad societal activity too often failed to meet the challenges of diplomacy and war. Or worse, politics worked irrationally against the survival of the political community in wartime while to the benefit of a faction within it.

Grand strategy, policy, strategy and even operational art are imbued with a political character, but one that is a step or several more removed from the general politics – the art of strategy is, after all, intended to serve a political community and “Ends” of “Ends-Ways-Means”  is always infused with value-laden assessments of worth and priority. Nor is politics their *only* character; all are, foremost, instrumental, while some may also be specifically cultural and technical.  The recession of politics (ideally as settled choices and not ongoing, sub rosa, competition) in strategy to the background permits greater focus on solving particular problems with diplomacy, coercion and force of arms. If made a substitute for domestic politics, these things are less likely to work for their intended purpose – to the risk of all.

Grand strategy can be useful, and while it is not always needed, at times having a sound grand strategy is vital for survival. As I have previously written on the subject:

….Grand strategy is not, in my view, simply just ”strategy” on a larger scale and with a longer time line. Strategy is an instrumental activity that unifies ends, ways and means. While grand strategy subsumes that aspect, it also provides ordinary strategy with a moral purpose, perhaps even in some instances, an identity.  Grand strategy explains not just “how” and “for what”, but ”why we fight” and imparts to a society the supreme confidence in itself to sustain the will to prevail, even in the face of horrific sacrifice. Grand strategy brings into harmony our complex military and political objectives with the cherished, mythic narrative of a ”good society” we conceive ourselves to be, reducing “friction”, “pumping up” our resolve and demoralizing our enemies. Grand strategy is constructive and energizing.

A simple but profound moral argument is a critical element of a grand strategy, to a great extent, it frames the subsequent political and military objectives for which war is waged.

….First, to use an analogy from the biological sciences, grand strategy enunciated by a great power is a process of geopolitical co-evolution. There is an effort in grand strategy to impose over time one’s political will upon others to shape the “battlespace”, the sphere of influence, the hegemonic dominion to a state of affairs favorable to the state actor. Often, this is done by military force in times of crisis but over the long term, economic and diplomatic factors, all of DIME really, weigh heavily on the outcome. The process is never a one way street, even for actors who are considered to be largely triumphant. It is coevolutionary. If you gaze into the abyss, the abyss will gaze into you.

….Secondly, sustaining the national or group identity is a critical component of grand strategy that makes it a different, more expressly political/cultural  exercise than crafting strategy as Clausewitzians use the term as being driven by policy. Grand strategy should guide policy formulation because it is not just a set of concrete structural ends, or a laundry list of “vital interests” but a constructive, values-laden, attractive, motivating, civilizational narrative. An ideal or cultural identity for which men and societies are willing to go to war, to stand, fight and die. As Thomas P.M. Barnett once put it, for a “Future worth creating“. Grand strategy is a defiant clarion call of civilizational supremacy, marshalling those who will fight for that which is not, but could be.

Men do not stand, fight and die for mere instrumentalities. You can show a man how to do an unpleasant chore in the most efficient manner but he may remain unmotivated to do it, still less to make terrible sacrifices to do it. Conversely, the passion of faction is strong, but usually rejects the logic of strategy for it’s own self-destructive calculus. It divides the house against itself in the hour of maximum danger.

Not every nation needs or can execute a grand strategy. Having sound policy and competent strategy, as Adam Elkus suggested, is often more than sufficient ( nations frequently prevail despite incoherent policies and poor strategies) and is no small task to get right in itself. A grand strategy, if required, is something that crystallizes into consensus because it emanates from deep cultural roots as well as empirical dangers – without such an anchor to give it legitimacy, it is less likely to amount even to a sound policy than a trite political campaign.

This entry was posted on Tuesday, January 31st, 2012 at 5:09 am and is filed under A.E., academia, America, analytic, blog-friends, defense, DIME, diplomacy, foreign policy, geopolitics, ideas, intellectuals, JosephFouche, metacognition, military, national security, politics, strategy, Strategy and War, theory, war. You can follow any responses to this entry through the RSS 2.0 feed. Both comments and pings are currently closed.

6 Responses to “In Defense of Grand Strategy”