Perception and Strategy Part I. 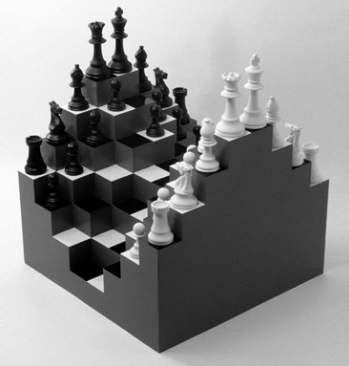 Jason Fritz at Inkspots had a thoughtful post about Afghanistan in light of recent events and made some points regarding strategy well worth further consideration. I suggest that you read his post in full, but I will comment on excerpts of his remarks below in a short series of posts. Here’s the first:

…..That all said, incidents in Afghanistan these past few months have caused me to question the validity of strategies that hinge upon the perspectives of foreign audiences*. This is not to negate the fact that foreign perspectives affect nearly every intervention in some way – there has been plenty of writing on this and believe it to be true. I firmly believe that reminding soldiers of this fact was possibly the only redeeming value of the counterinsurgency manual. To say nothing of this excellent work. But strategies that hinge upon the perspectives of foreign populations are another matter altogether.

I think Jason is correct to be cautious about either making perception the pivot of strategy or throwing it overboard altogether. The value of perception in strategy is likely to be relative to the “Ends” pursued and the geographic scale, situational variables and longitudinal frame with which the strategist must work. The more extreme, narrow and immediate the circumstances the more marginal the concern about perception. Being perceived favorably does not help if you are dead. Being hated for being the victor (survivor) of an existential war is an acceptable price to pay.

Most geopolitical scenarios involving force or coercion though, fall far short of Ludendorf’s total war or cases of apocalyptic genocide. Normally, (a Clausewitzian would say “always”) wars and other violent conflict consist of an actor using force to pursue an aim of policy that is more focused politically and limited than national or group survival; which means that the war or conflict occurs within and is balanced against a greater framework of diverse political and diplomatic concerns of varying importance.  What is a good rule of thumb for incorporating perception into strategy?

According to Dr. Chet Richards, the advice offered by John Boyd:

I would observe that in public diplomacy, IO  and demonstrations of force, the United States more often than not in the past decade, pursued actions in Afghanistan and Iraq that are exactly the opposite of what Boyd recommended. We alienated potential allies, regularly ignored enemy depredations of the most hideous character, debased our core values, crippled our analysis and decision-making with political correctness and lavishly rewarded treachery against us while abandoning those who sacrificed at great risk on our behalf . We are still doing these things.

Most of our efforts and expenditures at shaping perception seem to be designed by our officials to fool only themselves.

5 Responses to “Perception and Strategy Part I.”