Archive for the ‘william gibson’ Category

To the ominously increasing antilibrary and the waning summer reading bookpiles: 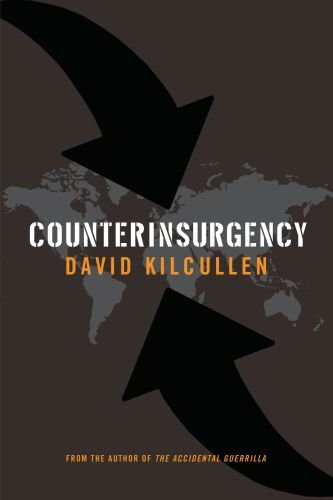 Hope to start  a couple of these by the end of the month. A number of other books to be finished first.

I have a new decentralized reading strategy that seems to be helping me wad through books faster. Books that I am reading are distributed to be read in different places – one in my gym bag for the treadmill; one in my car in case there’s time to kill at an appointment or at a restaurant; one or two books downstairs to read on the couch or outside on the deck; one to take to the pool with the kids and four of five on my bedstand. There are also a store of books on my iPad, “just in case”.

The strategy allows me to concentrate on finishing several books – my “primary” reads – even as I steadily chip away at the rest and there are enough choices available to suit my mood on any given day so it doesn’t feel like I am doing a literary marathon. Books that I am focusing on, usually histories, strategic studies and social science works, I will mark up with marginalia and the others are just read without recourse to notation.

How do you handle your reading time?

A BOOK REC FROM TOM

Tom Barnett pointed out this tome to me in the comment section of his blog:

As I have not read a new economics book since Freakonomics came out, I’ll grab this the next time I run over to Border’s ( despite Col. Frans Osinga’s Science, Strategy and War, sent courtesy of Shane, sitting there, staring me in the face, taunting me). Idoru needs to be finished too and…

So many books. So little time.

THE LITERARY WINDFALL OF THE BLOG

This will amuse certain parties.

A few weeks ago, I had a post on William Gibson and in the course of the post, solicited reader opinions on Gibson. This sparked a lively discussion and many recommendations for further sci-fi reading in the comments section.

The other night, Mrs. Zenpundit had a surprise gathering for me, to honor the annual increase in my age, at one of the better local restaurants. One of the frequent lurkers here, “Dona Julia” and her husband “The Brown Guitar“, had read the post and comments and, as a result, presented me with copies of:

A rare instance of life imitating the blogosphere. Much thanks to Dona Julia, her Guitar and Mrs. Z. for yesterday evening and to the readers for their helpful suggestions.

A while back, while sitting around an alcohol -laden table with Dan of tdaxp, Shlok and Isaac and listening to an evolving debate (primarily between Dan and Isaac) over the probable nature of AI, references to William Gibson’s first novel, Neuromancer were made. I then chimed in that I had never read the book – a statement that was greeted with surprise and some degree of mock horror. This had happened to me once before with Dave Schuler and Lexington Green, except that in that instance the author was Philip K. Dick and the book then was The Man in the High Castle. Evidently, something about having drinks with fellow bloggers is a spur to my reading classic science fiction.

Admittedly, I am not a great reader of fiction, at least if ” great” means ” broadly read”. As a youth, I did dive deeply into J.R.R. Tolkien, Ayn Rand and George Orwell – I’ve probably read every word ever published by the first two authors and much by the third. Russian lit figures prominently, especially Dostoyevskii and Solzhenitsyn. Of American writers, I’ve read a scattering of Mark Twain, Sinclair Lewis, J.D. Salinger, John Steinbeck and a few others, but none systematically or deeply.

I’ve meant to read Quo Vadis, Don Quixote and Blood Meridian for years and have yet to do so. I have only a few works of Rudyard Kipling, Arthur Koestler, Balzac and Victor Hugo under my belt. The reason being that for me, the siren call of non-fiction is all too strong. There are too many important books that ” must” be read ASAP, piled on top of others that ” should” be read; picking up good fiction under those conditions almost feels like shirking a responsibility.

I say this as a preface to acknowledging how much I enjoyed reading Neuromancer. While the book is old hat to sci-fi fans, it came as a fresh voice to me, mixed with an unfolding appreciation of how Gibson’s fictional efforts have influenced or anticipated the evolution of the culture. Movies, TV shows, references, characters all flashed through my mind as I read it and Gibson’s economy of explanation allowed my mind the freedom to engage the text and fill in the blanks. Reticence is a vital skill that few authors ever manage to master but Gibson has it. I’m sorry that I didn’t read the book back in the early 1980’s when the novelty of the book’s imaginative scenario were at peak.

Isaac has pointed me toward Pattern Recognition and I now have an itch for Spook Country as well. If you have read Gibson’s books, what do you think of them and what titles do you favor ?