Only Some Dare Call it “Insurgency”

A “must read” article by Dr. Robert J. Bunker at SWJ Blog:

The Mexican Cartel Debate: As Viewed Through Five Divergent Fields of Security Studies

….What is clear is that complex post-modern threats-such as those posed by the Mexican cartels and, for that matter, Al Qaeda and its affiliate network- do not fit into neat categories and well-defined security fields. What is needed is for 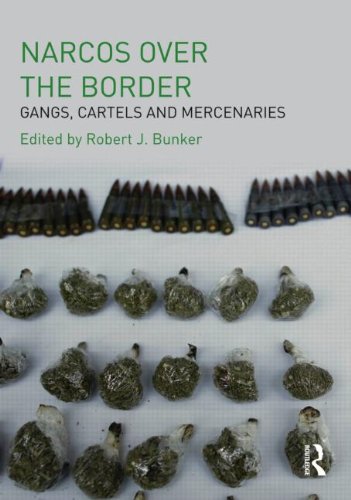 a U.S. governmental „honest broker? or supra-security organization to come into the Mexican cartel debate and leverage the five fields of security studies highlighted in this essay into a broader networked effort. This effort must further be tied into issues pertaining to the trans-operational environments involving U.S. engagement with Mexican cartels and their affiliates. We can no longer afford the luxury of watching numerous fields of study and security response organizations-each with their own form of „extreme specialization?- independently going about their activities in a totally uncoordinated manner. Instead, attention should be directed at creating a hemispheric strategy for the Americas, possibly even global in scale, to directly challenge the rise of the Mexican cartels and their mercenary and gang affiliates along the entire threat continuum highlighted in this essay.

That the narco-cartels originally had illicit economic motivations and lack Maoist ambitions is apparently a very large obstacle for some orthodox counterinsurgency experts to wrap their heads around – despite the fact that if a group with a political identity were beheading rivals, assassinating police chiefs, kidnapping mayors, using propaganda of word and deed, setting off car bombs and fighting the Army, they’d call it “insurgency”.

While the USG is not supposed to call the narco-cartel war an “insurgency“, we appear to be starting to treat it as one.