zenpundit.com » Blog Archive » Greed can do it as easily as Religion — or Time Itself

Greed can do it as easily as Religion — or Time Itself

Here’s a quick stop-motion movie of the Temple of Bel, Palmyra, in four powerful frames.

The Temple was originally gloriously decorated.. 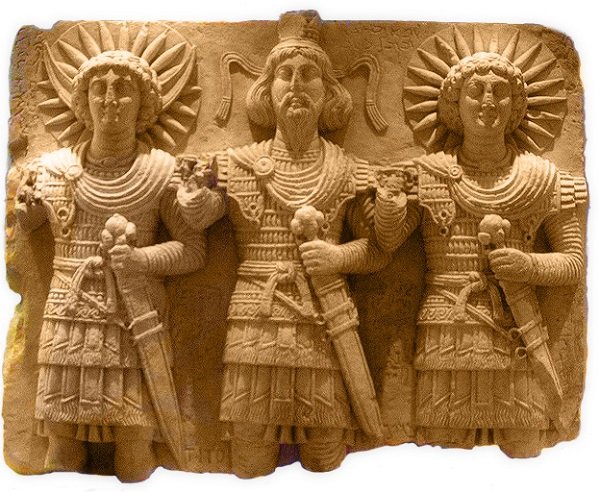 The Temple was, in fact, until recently, an impressive ruin.. 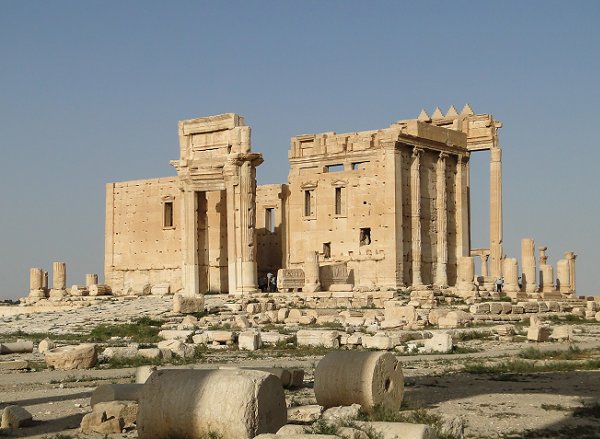 That’s the Temple of Bel, Palmyra, Syria, in a photo by Bernard Gagnon, GNU license.

But then ISIS used explosives for a sacred demolition.. 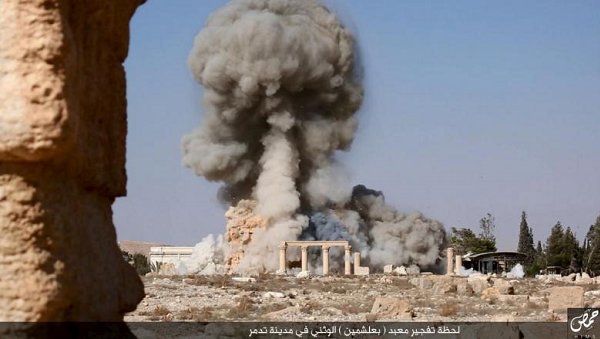 Credit for this and the final image goes to Reuters…

…and now there’s not much remaining of the glory.. 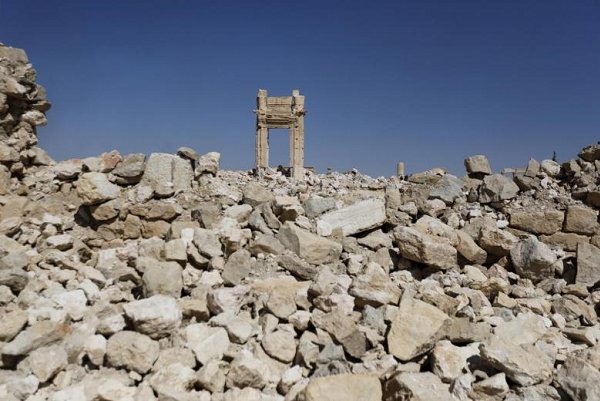 End of film, end of story — setup for the point I want to make.

Stuff gets made or born, stuff lives or exists.. stuff dies, fades, crumbles, evaporates.. sometimes stuff is reboorn, salvaged, gets a second life..

Consider the great temple of Angkor Wat, buit by Khmer artists, partly destroyed by centuries of weather and overgrowth, pock-marked by the bullets of insurgents & army.. now given a second life as a tourist destination.. Consider Tibetan mandalas, chalked out in detail, painstakingly painted in sand, then swept away, proof of impermancence..

In rebellion against the old religion and the powerful priests of Amun, Akhenaten ordered the eradication of all of Egypt’s traditional gods. He sent royal officials to chisel out and destroy every reference to Amun and the names of other deities on tombs, temple walls, and cartouches to instill in the people that the Aten was the one true god.

— in a manner that calls to mind some of ISIS excesses, their destruction of the Temple of Bel, for a recent and striking instance.

Indeed, places of worship have not infrequently been torn down:

Lord what work was here! What clattering of glasses! What beating down of walls! What tearing up of monuments! What pulling down of seats! What wresting out of irons and brass from the windows! What defacing of arms! What demolishing of curious stonework! What tooting and piping upon organ pipes! And what a hideous triumph in the market-place before all the country, when all the mangled organ pipes, vestments, both copes and surplices, together with the leaden cross which had newly been sawn down from the Green-yard pulpit and the service-books and singing books that could be carried to the fire in the public market-place were heaped together.

That’s from England — which suffered under Cranmer (Reformation) and Cromwell (Civil War), both of them politically influential Puritans.. who between them made ruins of many British abbeys — think Glastonbury, Fountains, Walsingham..

Well, all that’s background, simply to establish that time’s river allows for the buildup by a wide variety of means and sweeping away of all manner of things animate and ootherwise, in a continual flux, a continual emergence, a continual impermanence..

But my point, remember?

My point is that the thief of Pittsburg’s unique and valuable book antiquities deprives us of treasures of the mind in much the same way that ISIS does with its explosives in Palmyra. In the latter case: impassioned religion; in the former: simple greed.

Appraisers discovered missing items and books that had been “cannibalized,” with entire portions removed, according to the affidavit.

and the alleged thief:

Items of high value and greed, idolatry and iconoclasm — the cutting up of books from the Carnegie Library of Pittsburgh including a copy of Newton’s Principia is nend ot in the too different from what ISIS’ Kata’ib Taswiyya batallion did to Palmyra.

Not too different, either, from the activities of Tibetan monks.. or, I suppose, wind, rain, and a thousand years..

I met a traveller from an antique land,
Who said—“Two vast and trunkless legs of stone
Stand in the desert. . . . Near them, on the sand,
Half sunk a shattered visage lies, whose frown,
And wrinkled lip, and sneer of cold command,
Tell that its sculptor well those passions read
Which yet survive, stamped on these lifeless things,
The hand that mocked them, and the heart that fed;
And on the pedestal, these words appear:
My name is Ozymandias, King of Kings;
Look on my Works, ye Mighty, and despair!
Nothing beside remains. Round the decay
Of that colossal Wreck, boundless and bare
The lone and level sands stretch far away.”

This entry was posted on Sunday, July 22nd, 2018 at 6:22 pm and is filed under art, art history, book, britain, Buddhism, Buddhist, Charles Cameron, criminals, egypt, historians, history, IS, ISIS, parallel, pardon, poetry, puritan, Religion, syria, tibet, time, Uncategorized. You can follow any responses to this entry through the RSS 2.0 feed. Both comments and pings are currently closed.