A follow up with some good commentary on Global Trends 2025.

Dave Schuler writing at Outside the Beltway:

…This idea goes gack to Thomas Carlyle. It’s the “Great Man” theory of history and I think it’s a load of bull. While individual historical figures, e. g. Julius Caesar, Napoleon, Mao, may bring color and texture to the fabric of history that fabric is formed by economics, demographics, and social structures. Gaius Julius Caesar might have elected never to cross the Rubicon into the precincts of Rome, fomenting the collapse of the Republic and the rise of the Empire. Rome would still have been expansionist and there would still have been an empire. Rome’s location, population, and way of life demanded it. We’d just have used some other word for monarch than Kaiser or tsar.

France was loaded for bear after the French Revolution. Even without Napoleon’s military genius it still would have spread the Revolution all over Europe. It might not have invaded Russia but it most certainly would have invaded Italy.

And so on. The ghastly thing about that pronouncement in this document is that it has nothing whatever to do with the meat of the document at all. Nowhere do the authors demonstrate how the choices of individual leaders will influence the world of 2025. If they’re saying that the world of 2025 is completely unpredictable because it will be so completely formed by the decisions of unpredictable leaders in that world they could have stopped this 120 page report at page 25.

There’s a synergy between great men and their times. Without Adolf Hitler, WWII is a localized, limited, war over the degree to which France and Britain  were going to accept Germany politically dominating the smaller states of Eastern Europe (Germany’s economic domination was inevitable). Without Germany’s defeat in WWI, Versailles and the Depression there would have been no Hitler as Fuhrer of a Nazi regime.

Dave is right that the document is very weak and in need of systems thinkers from the hard and soft sciences and experts on cultural touchstones. Except for a distinct minority, most professional historians shy away from that kind of extrapolation and speculation due to their methodology regarding evidence, or at least they limit the scope of such activities. Historians and futurists are not the same thing, though the two should engage with one another.

Historians as a group tend to excel at going deep on particular subjects with only secondary concern how that subject relates to everything else.  I’ve never been content to accept that, seeing historical knowledge as a platform or scaffold upon which to build new ideas. When I began my first master’s degree, I proposed doing a comparison of the development of the American Populist movement with the Russian Narodniki and People’s Will of the same period. The professor smiled wryly and said that topic was interesting but of a suitable size to be better left for a magnum opus to close out my career.

Analysis is enriched by consilience. 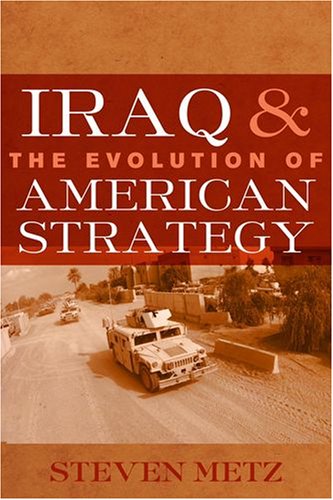 Spent much of the day working on an important outside project as well as tedious grad school assignments. Hit probably 2500-3000 words but unfortunately that was interspered with having to read and look up specific details, footnote etc. Plodded along steadily though.

Normal blogging will resume in a day or two.

Anyone else having Trouble with 2025 ?

I’m getting errors in trying to download the Global Trends 2025: A Transformed World from the DNI.gov/NIC site despite having up to date Adobe Acrobat/Reader. Is anyone else having a similar problem ?

Thanks Charles and Dan.

In the meantime, while we wait for the USG to post a working link, here is some early analysis by Jeff at IntelFusion.

Courtesy of Shlok Vaidya –  Global Trends 2025: A World Transformed. Thanks Shlok – Fingar should offer you a job.  Will have comments on the report later tonight.

Commentary on 2025 in a series of posts at Atlantic Council by James Joyner, by Dr. Barnett and SWJ Blog,

I’m still sifting the report but I’m not impressed. Aside from the cautious positions on possible developments heavily rooted in presentist analysis I kind of get the drift that the possibilities have not been looked at too closely as to how their interactions might or might not be countervailing with one another. Sort of an implicit assumption of synergism.

MountainRunner delievers a Smackdown on Dipnote

I’d say “Ouch” except that Matt is absolutely right. Here’s his post taking Dipnote and America.gov  to task.

State’s foreign media hubs are one thing, but what about online? I’ll wager Defense has already started to respond to this the Zawahiri message on the Internet. State needs to respond both to U.S. audiences (ostensibly DipNote’s mission) and abroad (America.gov’s mission). Seriously, even China is implementing an agile response capability.

I don’t think we’ll see anything from DipNote or America.gov on this. It would be great to be wrong.

Judging from looking at Dipnote, if trouble breaks out in Oltenia or Transylvania, Dipnote has the Romanian beat covered! The lesser Carpathanians is an absolutely vital area these days. 🙂

Posted in diplomacy, mountainrunner, public diplomacy | Comments Off on MountainRunner delievers a Smackdown on Dipnote