[ by Charles Cameron — next in the long series beginning with sports and game metaphors, and extending to include miscellaneous memorable items — nb, includes a Tibhirine section, Jim Gant pls note ]
.

Here’s a DoubleQuote in images of considerable interest, from David Metcalfe — with the esteemed William Dalrynple DoubleQuoting goddesses in Kerala:

“… when the goddesses visit each other, the sacrifice in the church is just like the one we have here…”

The Virgin Mary and goddess Bhagavati, sisters and goddesses – @DalrympleWill on Christianity in India:https://t.co/OZUfsJVTMf

Ancilliary to my interest in mapping complex realities..

My @tapestryconf talk is now in video form: A biased tour of the uncertainty visualization zoo. If you liked the version with just slides, you'll love (?) the version with me talking over slides 🙂 https://t.co/hSdczZlgKW 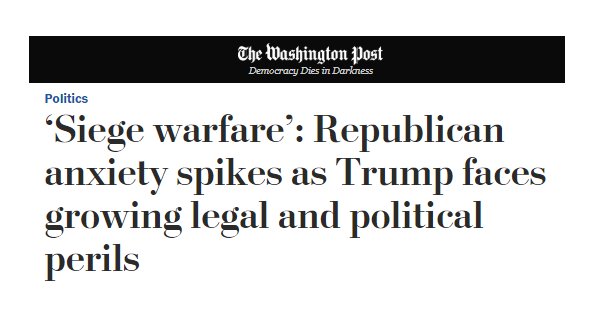 Something to read alongside John Kiser‘s superb The Monks of Tibhirine: Faith, Love, and Terror in Algeria :

For what I mean by the "issues" in the Trappist monks case in #Algeria, see here: https://t.co/DIXBkV2cGs

For what I mean by the "issues" in the Trappist monks case in #Algeria, see here: https://t.co/DIXBkV2cGs

I would be most happy to publish any comments John Kiser has on Kyle Orton‘s blog post, Algeria’s ‘Years of Blood’: Not Quite What They Seem on ZP should he or Jim Gant notice this somewhat obscure entry..

Irish woman who married ghost of 300-year-old pirate says they have split up https://t.co/yuDeiiGkKB via @theirishpost

I will explain all in due course but for now all I want to say is be VERY careful when dabbling in spirituality, it’s not something to mess with.

Trump Channels the Worst of China to Beat China

A double ouroboros, methinks: the Worst of China to Beat China, arguably, and self-defeating, axiomatically, no?

I don’t know if this is still true, but I once read about exploited workers in the ship-breaking industry who were worked so hard, and paid so little, they could not even afford to buy enough calories to sustain themselves. They were slowly starving to death. I call this phenomenon entropic ruin, a generalization of the idea of gambler’s ruin to open-ended games that can be non-zero-sum and need not involve gambling. In this case, it’s a deterministic death march. If you systematically consume fewer calories than you expend long term, you will die a premature death.

Did Venkatesh mention “the idea of gambler’s ruin“? How about nuns’ ruin as a subset?

21 Breathtaking Photos Of Isolated Tribes From All Around The World

The dancers are gorgeous, but look to the left and see the monasteries perched on plateaus in a towering rock-face..

I’m pretty sure “isolated tribes” are of particular interest about now because of the evangelical boundary-pusher killed (martyred? now there’s a koan) because he hoped to bring the gospel to Andaman tribal peoples whose isolation is protected by the Indian government.. see my tweet:

"He reprimands himself for removing the arrow that was shot into his waterproof Bible. He should have kept it, he wrote. Instead, he handed it back to the boy who shot at him, then paddled away." https://t.co/cfett1cBRb
John Chau’s Death on North Sentinel Island ..

This Nancy Pelosi chyron, for instance:

Which brings me to #2 below:

— with #3 also deserving a metaphor-mention..

And we might as well go for the revolt chyron here:

And that in turn allows for a splendid graphic with both metaphorical and real resonance..

That should be enough. I’ll collect further items of interest in the comments section.

This entry was posted on Sunday, December 9th, 2018 at 2:47 pm and is filed under Charles Cameron, christianity, Doublequotes, graphical thinking, hinduism, India, jihad, koan, metaphor, monasticism, photography, series, strategy, tribes, Uncategorized. You can follow any responses to this entry through the RSS 2.0 feed. Both comments and pings are currently closed.

10 Responses to “Next notables, metaphors and bright ideas included”