Archive for the ‘bin laden’ Category

Dart Boards and Hatred, a DoubleTake

[ by Charles Cameron — featuring a comparison between Osama bin Laden and Adam Schiff ]
.

From my private collection, now in storage, an image of counter-terrorist hatred:

and a second image:

‘Nothing Less Than a Civil War’: These White Voters on the Far Right See Doom Without Trump

forming together with the first what I call a DoubleTake, in this case featuring a parallelism that’s suggestive.

What do you think?

Vlahos: violence is the magical substance of civil war

[ by Charles Cameron — Vlahos is a mighty analyst warrior poet –used to teach at the Naval War College and Johns Hopkins Advanced Academic Programs, and I wouldn’t mind at all if the poet came towards the fore in some future works ]
.

Violence is the magical substance of civil war.

You might think magic is nothing, a whisp of imagination good for fantasy novels with hair and silks trailing in the wind — but Ferdinando Buscema, the Institute for the Future‘s New Magician in Residence would disagree, the erudite >Erik Davis too, Hannibal Lecter, and Ioan Couliano, author of Eros and Magic in the Renaissance, as would Dumbledore, Gandalf and Merlin, and notably the poet and practicing magician WB Yeats, and before him Queen Elizabeth‘s Dr Dee — but that’s far enough back, King Arthur‘s Merlin and Queen Elizabeth‘s Dr Dee between them should give you pause for thought.

It was mine Art..

Michael Vlahos is not unaware of the power of imagination, or morale as it is often, shape-shifting as is its wont, called on the field of battle. Indeed, Vlahos has written brilliantly about the magical properties of dreams, discussing UBL‘s dreams before 9/11 in Terror’s Mask: Insurgency Within Islam:

Usama bin Laden: “He told me a year ago: ‘I saw in a dream, we were playing a soccer game against the Americans. When our team showed up in the field, there were all pilots!’ He didn’t know anything about the operations until he heard it on the radio. He said the game went on and we defeated them. That was a good omen for us.”

Shaykh: “May Allah be blessed!”

Usama bin Laden: “Abd Rahman al-Ghamri said he saw a vision, before the operation, a plane crashed into a tall building. He knew nothing about it.”

Shaykh: “May Allah be blessed!”

You remember those dreams? What’s stirring in the unconscious is always potent as motive.

Vlahos, therefore, on violence as the necessary in civil war:

Violence is the magical substance of civil war. If, by definition, political groups in opposition have also abandoned the legitimacy of the old order, then a successor constitutional order with working politics cannot be birthed without violence. Hence violence is the only force that can bring about a new order. This is why all memorable civil wars, and all parties, enthusiastically embrace violence.

Think on that, in our present context, or read his whole article — and one that preceded it:

It’s the title of Barry McGuire’s song, not it’s Vietnam era, nuke, and Jordan River contents, that concerns us here, reminding us that eighteen years ago to the day was the Eve of Destruction of the Twin Towers in NYC — an infant born eighteen years ago tomorrow would tomorrow be eligible for military service without seeking parental consent.

What a choice: to jump to one’s death, or burn alive in a kamikaze’d building.

Usama bin Laden is long gone, and Khalid Sheikh Mohammed will be tried, if he still lives, in 2021.

We remember the fallen, and honor our first responders and all who serve and save.

[ by Charles Cameron — a commonly-used rule / algo for one type of DoubleQuote, not always obeyed in practice, but on occasion it is.. and then some heart-led considerations ]
.

Each generation of the bin Laden family seems to have many sons, not all of whom turn to terrorism — nor should they be tainted needlessly with guilt by association:

The outcome of the chase for bin Laden père:

Osama bin Laden dead: I’m sorry for neglecting you – a final message to his 24 children

The al-Qaeda leader also told his offspring not to join al-Qaeda and ordered his wives not to remarry. [ .. ]

The instruction to his 24 children not to fight jihad cites a precedent from the Islamic texts. Omar bin al-Khattab, the successor of the Prophet Mohammad as Islam’s leader, also left written instructions to his son, Abdullah, not to wage holy war.

What does the will of a terrorist mastermind say? There are some surprises: Osama bin Laden apologizes to his children for neglecting them and instructs them not to join al Qaeda. The four-page document, published in a Kuwaiti newspaper, is focused on justifying bin Laden’s jihad against America and Israel and there is no mention of possessions. Bin Laden inherited an estimated $30 million fortune from his father. “You, my children, I apologize for giving you so little of my time because I responded to the need for jihad,” the will states. As justification for not having them join al Qaeda, bin Laden cites an Islamic text that instructs the Prophet Mohammad’s son to not to wage a holy war. As for his wives, they are instructed to “not consider” marrying again and instead focus on raising his children. The Kuwaiti paper says the will dates back to 2001.

Of great importance in thinking through the broader question of the children of jihad is Leah Farrall‘s series of posts, collected as Children, jihad, agency, and the state of counter terrorism

:Below is a seven part series I wrote on a number of issues stemming from a twitter dispute I had with @CChristineFair over her labeling of bin Laden’s children as “terror spawn.” The series seeks to delve into the broader issues our dispute raised, such as the status of children born into jihad; agency and the difficulties of walking away. The series of posts can also be found on the blog, but owing to their length I thought it better to put them all in the one place. This was written on May 29, 2012.

What’s so significant here is heart.

Posted in bin laden, Charles Cameron, children, FBI, have a heart, leah farrall, Uncategorized | Comments Off on Like father, like son 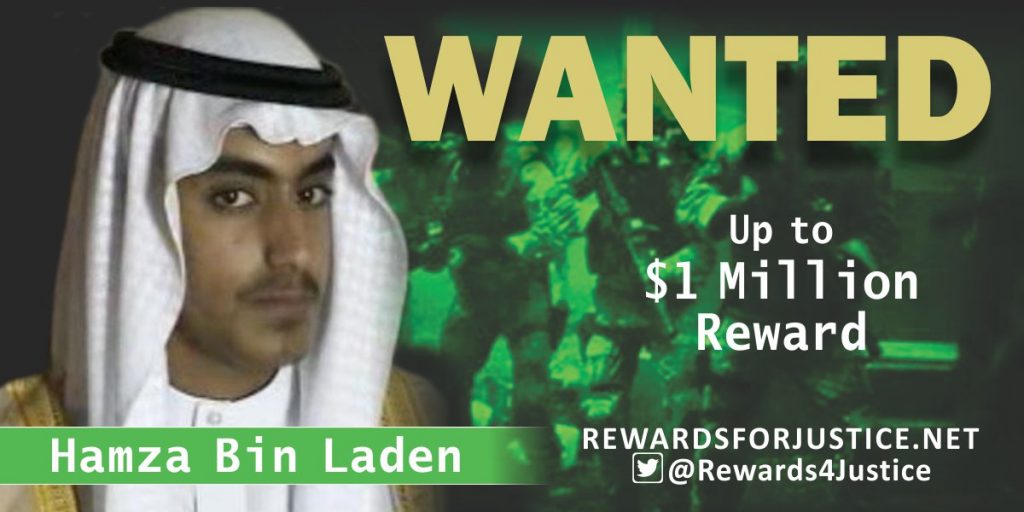