[ by Charles Cameron — Saudi-sourced jihadism, the FBI, Baader-Meinhof — hey, it’s all about terrosism ]
.

Will McCants explains [upper panel, below] how the Saudis are and are not promoting terrorism —

— while a screen-cap from episode 9 in the first season of Quantico explains just why such an approach is logically bound to be defective.

Oh well, not to worry. It’s just another example of the illusion colloquially known as the Baader-Meinhof phenomenon. I wouldn’t want to go all irrational on you, so I’ll let RationalWiki explain:

The frequency illusion (also known as the Baader-Meinhof phenomenon) is the phenomenon in which people who just learn or notice something start seeing it everywhere.

Except that — well, there it is again — Baader-Meinhof — it’s all terrorism!

The positively Abrahamic game of Chess

[ by Charles Cameron — interfaith rivalry on the checkered board ]
.

Many of you will be familiar with the Christian and Muslim playing chess in this illustration from El Libro de los Juegos or Book of Games of Alfonso X of Castile:

— but let’s not forget that Andalusia was also home to learned Jews, including the great Maimonides. In this illustration to the same work, we see a match-up between Muslim and Jew: 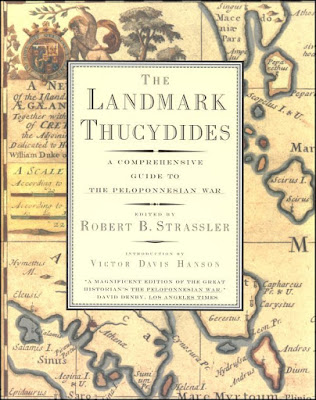 Into the storm winds

Noting Peter Thiel‘s comment below, I was reminded of the opening of Rilke‘s Duino Elegies — Himalayas of the human spirit.

Stephen Mitchell‘s version of the Elegies is the one I like best, and lends itself well to the speaking voice. Mitchell’s opening lines read thus:

Who, if I cried out, would hear me among the angels’ hierarchies?
and even if one of them pressed me suddenly against his heart:
I would be consumed in that overwhelming existence.
For beauty is nothing but the beginning of terror, which we are still just able to endure,
and we are so awed because it serenely disdains to annihilate us.
Every angel is terrifying.

My own version, which I’ve placed in the lower panel of the DoubleQuote above, alludes to Rilke’s storm-driven physical environment at the time the beginning of the poem came to him at Schloss Buino. In the words of Princess Marie von Thurn und Taxis:

Rilke climbed down to the bastions which, jutting to the east and west, were connected to the foot of the castle by a narrow path along the cliffs. These cliffs fall steeply, for about two hundred feet, into the sea. Rilke paced back and forth, deep in thought, since the reply to the letter so concerned him. Then, all at once, in the midst of his brooding, he halted suddenly, for it seemed to him that in the raging of the storm a voice bad called to him: “Who, if I cried out, would hear me among the angelic orders?” (Wer, wenn ich schriee, hörte mich denn aus der Engel Ordnungen?)… He took out his notebook, which he always carried with him, and wrote down these words, together with a few lines that formed themselves without his intervention … Very calmly he climbed back up to his room, set his notebook aside, and replied to the difficult letter. By that evening the entire elegy had been written down.

In that instant, as I understand the matter, Rilke shouts into the wind, into the heedless world, into the angelic immensity..

Whether it’s a still small voice that goes unheard, a voice hurled into the tumultuous storm, heedless void, or transcomprehensible angelic choirs, or a voice crying from desert or wilderness, it is always the unattended, the unlistened voice which carries the note unnoticed — the truth we’d find in the blindspot if we took it for a mirror, the seed and germination of those so-often catastrophic unanticipated consequences that trend-based analysis and front-view vision so regularly miss.

Sunday surprise — the toss of a coin

[ by Charles Cameron — choice, chance and maybe destiny at the movies, on the road, in life ]
.

A while back, I lived in Cottonwood, Arizona, and drove the few miles back and forth between Cottonwood and Sedona most days each week for months. There’s a beautiful stretch of desert in between, I delighted in the journey, and no doubt my foot on the gas pedal quickened or eased off to some mild extent depending on what music I was listening to, how much coffee I’d had recently, how my most recent conversation or burst of writing had gone. And then one night a deer ran across the road, perhaps twelve feet ahead of my car.

Let’s say I was traveling at 60 for ease of calculation. 60 mph is a mile a minute, 88 feet per second. About a tenth of a second later and the deer and / or I would likely have been dead — one full second later, he or she would have crossed sixty feet behind me and I would have seen nothing, known nothing.

There are deer constantly crossing our paths sixty feet behind us and it’s a normal day at the office, it’s one more day like any other: sunny, then partly cloudy, with a ten percent chance of rain.

The average human life expectancy, or pretty close, in the United States these days is 690,235 hours. Here are two film clips, which will occupy just over a quarter of one of those hours if you watch them both.

No Country For Old Men:

The Magus — the entire film — runs an hour and 57 minutes, while No Country for Old Men runs two hours and three minutes, so those clips, 10 and 5 minutes long each, represent in each case a small fraction of the whole film — yet those two fractions have been selected out to be posted as YouTube clips — and they have something in common: life and death in a roll of the dice, the flip of a coin.

I’m guessing it’s that life or death in an instant play of chance that marks those two particular clips as worth noting and posting to YouTube — and that made that deer running across the road in my headlights so memorable.

The realization here: my life hangs, moment by moment across hundreds of thousands of hours, on such slight and unintended (“chance”) variations of physical fact & effect as how much my foot on the gas pedal imperceptibly quickens or eases off as a slight turn, rise or fall in the road..