Archive for the ‘gangs’ Category 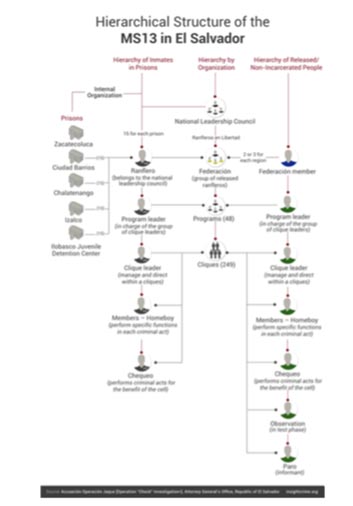 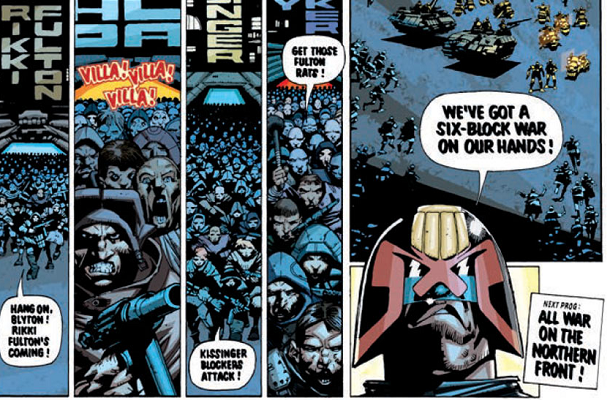 What poetry has to say about “the mob at the gate”

Donald Trump has been repeating a mantra tying Dems to the word mob recently — here’s one example:

Belay that! For Trump “the mob at the gates” might equally, scarily, be that “caravan” in Mexico, making its way up to a confrontation with US troops at the border, and no doubt paid for their troubles by George Soros —

Hold it: that’s a powerful image.

The mob are WOMEN.

Democrats, the caravan, women — take the mob at the gates as you will, there’s a considerable force, on the outside, massing and pressing to come in. And poetry has something to say about that (recurrent) situation. In the words of CP Cavafy‘s celebrated poem, Waiting for the Barbarians:

What are we waiting for, assembled in the forum?

The barbarians are due here today.

Why isn’t anything going on in the senate?
Why are the senators sitting there without legislating?

Why did our emperor get up so early,
and why is he sitting enthroned at the city’s main gate,
in state, wearing the crown?

But I’ll invite you to read the answer to that question, and the rest of the poem, powerful as it is, on the Poetry Foundation site..

Cavafy has one possible outcome — but there may be as many as there are mobs, or people perceiving them.

In any case, enjoy the poem, and vote.

Posted in barbaric, Charles Cameron, democratic party, donald trump, gangs, gender, photography, poetry, Uncategorized | Comments Off on What poetry has to say about “the mob at the gate”

“They” are taking over, are they?

[ by Charles Cameron — might be of interest to John Robb & Adam Elkus ]
.

Whoever “they” may be, they’re taking over all over:

One. In each case, we have a well-studied context — education, Japanese urban living — invaded by an unexpected “alien” force — a virulent gang, wild boars — which will easily blindise students of the context, resulting in unanticipated consequences..

And two. there seems to be enough parallelism between the two instances on “taking over” that we should be able to abstract a rule from the pair of examples — though I’m terrified to think what the implications of such a rule might be..

Voluntary (above); involuntary (below).

Posted in adam elkus, Charles Cameron, crisis, Doublequotes, education, gangs, japan, john robb, nature, Uncategorized | Comments Off on “They” are taking over, are they?

The not very evenly distributed future

[ by Charles Cameron — feeling a little more Bladerunner, are we? ]
.

Here are a couple of tweeted news stories with relevant quotes below each of them, from one day’s mid-morning twitter feed — with thanks to fine scholars Stephen O’Leary, master of apocalyptic rhetoric, and Thomas Hegghammer, master of Jihadist culture and folkways:

After Hurricane Maria, 300,000 Puerto Ricans fled to Florida, and disaster experts estimate that climate and weather events displaced more than 1 million Americans from their homes last year. These statistics don’t begin to capture the emotional and financial toll on survivors who have to dig through ashes and flooded debris to rebuild their lives. [ .. ]

Climate change is going to remap our world, changing not just how we live but where we live. As scientist Peter Gleick, co-founder of the Pacific Institute, puts it, “There is a shocking, unreported, fundamental change coming to the habitability of many parts of the planet, including the U.S.A.”

In the not-so-distant future, places like Phoenix and Tucson will become so hot that just walking across the street will be a life-threatening event.

In large cities, hospitals report armed confrontations in emergency rooms, and school administrators say threats and weapons have become commonplace. Last week two men from Uppsala, both in their 20s, were arrested on charges of throwing grenades at the home of a bank employee who investigates fraud cases. [ .. ]

Illegal weapons often enter Sweden over the Oresund Bridge, a 10-mile span that links the southern city of Malmo to Denmark. When it opened, in 2000, the bridge symbolized the unfurling of a vibrant, borderless Europe, but in recent years it has been more closely associated with smuggling, of people, weapons and drugs.

Are these two tweets, taken together, the encerroaching wave-front of William Gibson‘s “future already here — just not very evenly distributed” beginning to distribute itself a little more evenly? John Sullivan and Dr. Robert Bunker have some analysis up at Small Wars Journal regarding a grisly, ritualistic, gang murder in Maryland by MS-13 which squares with the underground narco-cult atrocities detailed in Narcos over the Border and Blood Sacrifices: Violent Non-state Actors and Dark Magico-Religious Activities:

Police in the Washington, DC suburb of Montgomery County, MD have arrested a suspect in the brutal gang murder of a still unidentified man whose body was found in a pre-dug grave in a park in Wheaton.  The victim was stabbed over 100 times, beheaded, and his heart was cut out of his body.  The suspect is an alleged member of Mara Salvatrucha (MS-13) and was arrested during a US Marshals Service raid on MS-13 fugitives in North Carolina and extradited to Maryland where he was charged with first-degree murder.

Key Information: Jack Moore, “Suspected MS-13 member charged with murder in grisly decapitation, dismemberment.” WTOP. 22 November 2017,  https://wtop.com/montgomery-county/2017/11/suspect-charged-stabbing-death-wheaton-park/:
WASHINGTON — Gory details are emerging in the gang killing of a man who was stabbed more than 100 times, decapitated and had his heart cut out of his chest before being dumped in a pre-dug grave in a Montgomery County park.
Police have still not identified the man whose body was discovered Sept. 5 in a wooded area of Wheaton Regional park. But one of the MS-13 gang members who’s suspected of taking part in the grisly slaying has now been charged with first-degree murder.
Miguel Lopez-Abrego, 19, appeared in Montgomery County District Court Wednesday and was ordered held without bond.
Lopez-Abrego, was one of 10 members of the violent street gang involved in the killing, according to a police informant identified in charging documents as a “ranking member” of a local MS-13 clique…

….The brutal murder of the unidentified suspect buried in a shallow grave in Wheaton Regional Park by alleged members of a local MS-13 ‘clique’ fits a pattern of recent brutal murders in the Washington, DC Metropolitan Area/National Capital Region.  In the attacks detailed above, a victim is lured to a desolate location, brutally beaten, stabbed, and in the case of the Wheaton Park murder, beheaded and dismembered.  These attacks are consistent with MS-13 ‘enforcement’ actions. It is likely the victim in this case crossed the gang in some still to be disclosed manner. The modus operandi employed is similar to other cases where the victim was viewed as a traitor or a ‘snitch’ against the clique in specific and MS-13 in general.  The victim’s dark blue shorts—which represent an MS-13 color—and certain personal characteristics may lead additional credence to such possibilities.
Such attacks are essentially symbolic violence, utilized to show what happens to those that rat on the gang or disrespect its leaders. This attack lacks a specific ritual purpose beyond that of control—after all, the MS-13’s motto is ‘Mata, Controla, Viola’ (Kill, Control, Rape).[14]  It is unknown at this time how this murder is linked to the other three murders that occurred in recent months in Maryland, but it is possible an internal power struggle is involved. It is also unknown if this (or these) attack(s) are centrally directed or linked with MS-13 clicas (cliques) elsewhere.

MS-13 has mutated from a simple street gang thirty years ago to a decentralized transnational criminal organization that in turn will work for or join with the more powerful Mexican drug cartels, amplifying their influence and capabilities. For example, MS-13, which is heavily involved in human trafficking and contract killings for the Sinaloa Cartel, is considered by Texas authorities to be a ‘Tier 1″threat on par with much larger and more sophisticated gangs like the prison based Mexican Mafia, Tango Blast and the Texas Syndicate. MS-13 has also contributed to the renewed destabilization and erosion of democracy of El Salvador, which has unleashed its Army and death squads against the gangs, while the gangs have begun to infiltrate the Army.

What is also worrisome, which the case described by Sullivan and Bunker indicate, is the degree to which MS-13 has picked up and is internalizing the ISIS-like, narco-cult ritualistic violence of the Mexican Cartels with decapitations, torture murders and sacrificial removal of human organs and is now employing them north of the border, a stone’s throw from our nation’s capitol. If allowed to continue this kind of ultraviolence is likely to be mirrored by other street gangs.